What is up with these weird, over-the-top, unnecessary social media trends? I mean, I get it, you want to stand out and be different to show off you’re cool, but this…this conch removal trend is just too much. It’s pretty gross too.

The procedure involves taking out the ‘concha’ which is the middle bit of the outer ear. It is also known as the Pinna and the Auricle. Now, I know I’m not wrong when I say that body modifications aren’t exactly a new phenomenon, I get it, I’ve seen worse. But this man went the extra mile, flying all the way to Australia, just for the sole purpose of getting the inside of his ears cut out.

The image was clearly taken right after the removal took place because you can still see the man’s ears burning red and a bit of blood residue. My question here is, didn’t it hurt? Also…how are you going to protect your ears from bacteria? You’re just begging for multiple ear infections, my friend.

Albert also stated that our ears don’t necessarily ‘catch’ sound as it did years ago, which is why we need to make our ears bigger. How? By cupping your hand around it. Yes, seriously. So this will ‘help us’ hear better in a way.

That sounds very scientific to me, and honestly, I really don’t believe it because this man clearly didn’t go to medical school. Can you blame me? Any audiologist out there that wants to confirm this? I’m all ears! 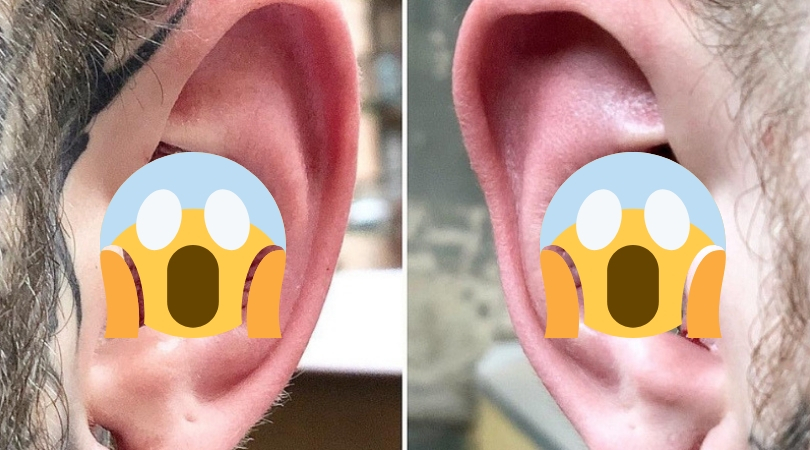