Congressman John Lewis shot back at President-elect Donald Trump and his denigrating tweets with his own fire in a Democratic National Convention email that went out Saturday night.

For a quick refresher of how this war of words started, Lewis told NBC News “Meet the Press” anchor Chuck Dodd in an exclusive interview that he does not consider Trump a “legitimate president” and that it would be difficult for him to seek a relationship with the new president. Lewis cited a conspiracy with Russia for helping Trump get elected.

Trump shot back on Twitter, suggesting Lewis, a Civil Rights icon, is all talk and no action. And later Trump added another tweet that angered the people of Georgia, the state Lewis represents, and triggered a Sunday front-page response from the Atlanta Journal-Constitution.

Lewis responded to Trump’s tweet with this statement, addressed to anyone hoping to resist Trump:

Today, Donald Trump attacked me on Twitter. He said that I’m “all talk” and “no action.”

I’ve been beaten bloody, tear-gassed, fighting for what’s right for America. I’ve marched at Selma with Dr. King. Sometimes that’s what it takes to move our country in the right direction.

We refuse to stop now. We’re not done fighting for progress. We’re ready for the next four years.

Are you with us? Join me and chip in whatever you can today to help Democrats stand up to injustice.”

The fundraising email states donations made would be split between the DNC and Lewis’ re-election fund.

The @ajc front page a day after insults from the president-elect. pic.twitter.com/WP6pEPnKVO 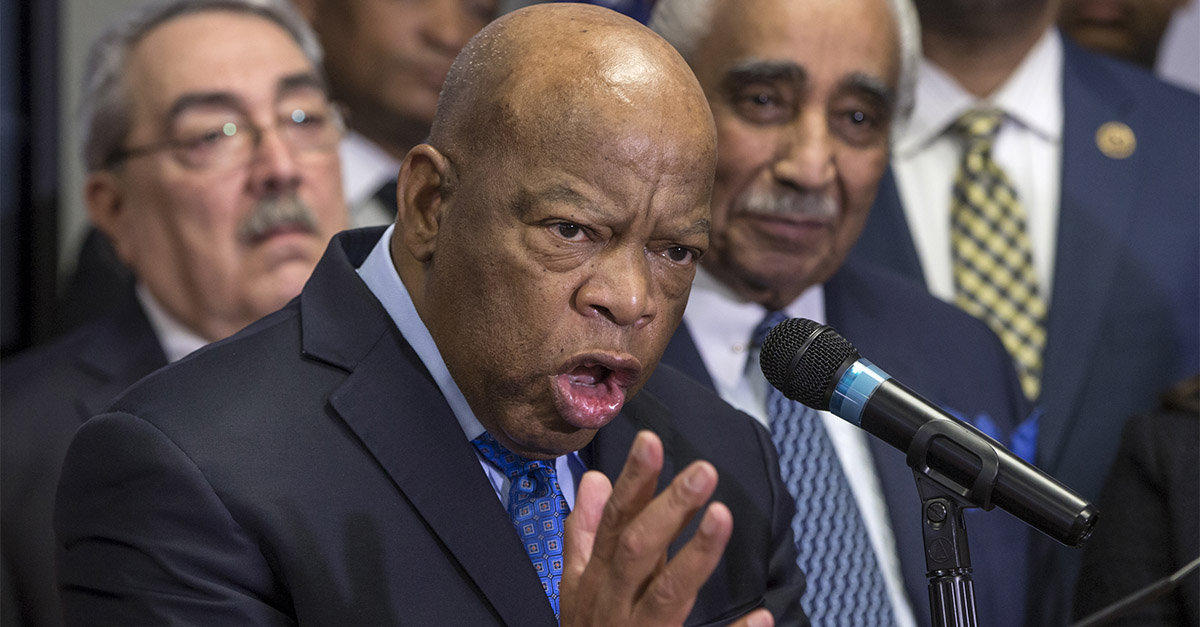