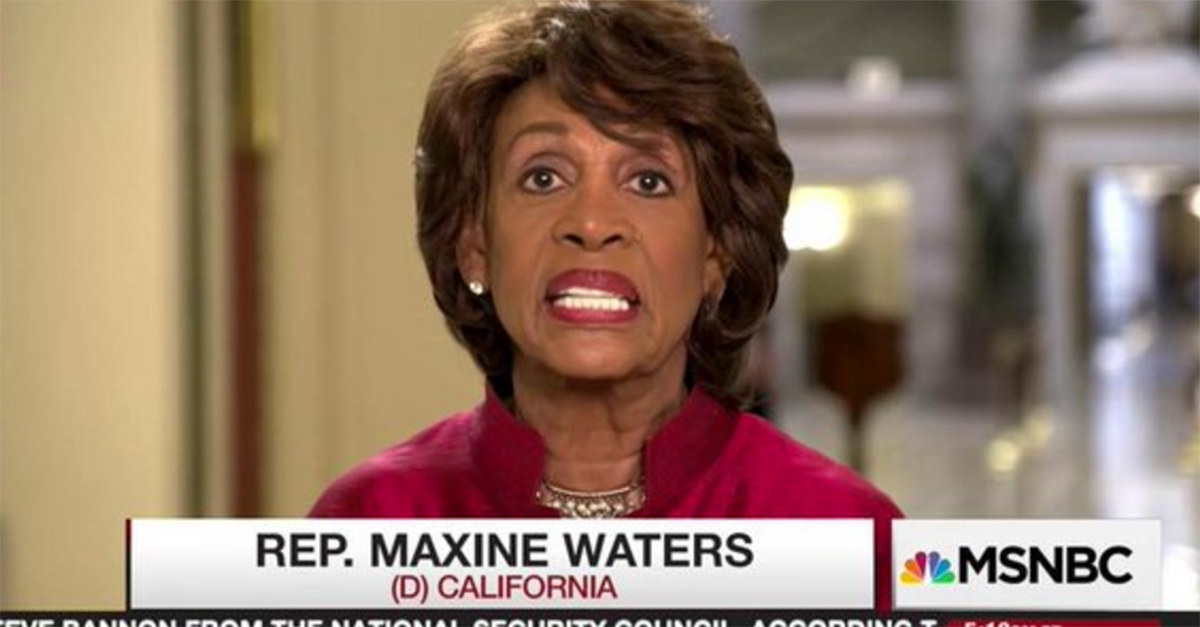 California Democratic Congresswoman Maxine Waters, recently insulted by the embattled Bill O’Reilly as being inaudible because of her “James Brown wig,” said Wednesday that the Fox News ratings king should go to jail.

Waters has never been one to steer clear of bold statements. She previously said her greatest desire is to lead President Donald Trump to impeachment. O’Reilly and Waters have sparred over the years, and now she’s seen enough of the sexual harassment allegations levied against O’Reilly to believe that the conservative commentator shouldn’t just be fired by Fox News, but that he belongs behind bars.

Making an appearance on MSNBC on Wednesday with Chris Hayes, Waters called O’Reilly and Trump — who defended O’Reilly during a press conference Wednesday — “two peas in a pod.”

RELATED: The popcorn came out when Don Lemon defended himself against Bill O’Reilly

With an avalanche of advertisers pulling out of O’Reilly’s program, Waters said, “It?s all catching up with Bill O’Reilly and that sexual harassment enterprise that they created over there at Fox.”

Of course, Roger Ailes resigned as Chairman and CEO of Fox News Channel last year after allegations of sexual harassment. O’Reilly and Fox News have paid out at least $13 million to five women who claim that “The O?Reilly Factor” host harassed them, the New York Times reported Sunday.

Waters delivered this no-holds-barred statement about O’Reilly and Fox News:

Waters feels so strongly about her position, that she posted her statement on her official Tweeter feed.

Following the Times story, O’Reilly released a statement in which he described himself as a victim, and claimed his reason for paying out the settlements was to protect his children.