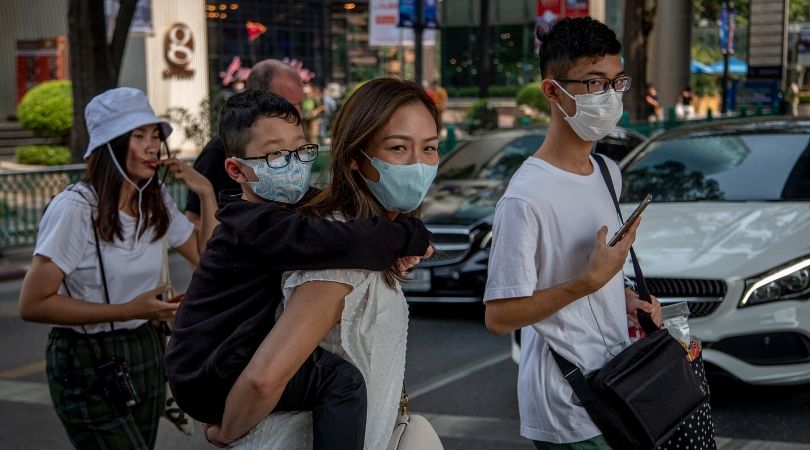 The World Health Organization has declared the new coronavirus outbreak a global health emergency. They have acknowledged the disease represents a risk outside of China, where it emerged last month. The declaration, which is officially called a Public Health Emergency of International Concern, “serves notice to all United Nations member states that the world?s top health advisory body rates the situation as serious.”

Countries are now said to decide whether they cancel flights, screen people who are arriving at airports, close their borders, go on lockdown, or take other measures due to the global emergency. The official decision came as cases have begun to appear despite people not traveling to China during the outbreak. This morning, health officials reported the first case of person to person transmission of coronavirus in the United States.

“Our greatest concern is the potential for the virus to spread to countries with weaker health systems.”

The patient is the husband of a woman who was the first reported case in Chicago. The woman had returned from the City of Wuhan, China, which is the epicenter of the virus. Luckily, she was hospitalized and appears to be doing well, according to Dr. Jennifer Layden, an epidemiologist at the Illinois Department of Public Health. Her husband had not traveled to China but recently began showing several symptoms and was immediately isolated at the hospital.

A lab test confirmed the man was indeed infected with the coronavirus. To avoid more spread, health experts are tracking the places both patients visit and are identifying all close contacts to monitor them. Officials did state the public is at low risk. Person to person transmission or human transmission may occur if someone who is sick talks, breathes, sneezes, or coughs in the vicinity of others. Respiratory droplets carrying the virus may then travel from a sick person to surfaces or other people. Those with weaker health systems are at a slightly higher risk.

Experts have expected to see the spread of the virus in the US based on the transition patterns seen in China. Dr. Robert Redfield, director of the Centers for Disease Control and Prevention noted, “We understand that this may be concerning. But our assessment remains that the immediate risk to the American public is low.? In the United States, the disease is not spreading widely and people who have not had any close contact with someone who traveled to China recently are unlikely to get infected.

The World Health Organization has declared a global 'public health emergency' over the deadly coronavirus outbreak. The virus has killed at least 170 people and sickened more than 7,700 people in 19 countries since it was first identified in Wuhan, China, on Dec 31, 2019. pic.twitter.com/BsFj6Z7Eho

The new coronavirus has killed 170 people as of now and there is more than 7,834 number of cases confirmed. 37 of those recorded deaths occurred in Hubei Province, the center of the outbreak. One person died in the southwestern province of Sichuan. At the time of this announcement, there were nearly 2,000 new cases recorded in the past 24 hours for a total of 7,834. According to World Health Organization, the majority of the cases were inside of China, and 98 cases were confirmed in 18 other countries.

The New York Times reports Thailand currently has 14 cases of the virus; “Japan has 11; Hong Kong and Singapore have 10; Taiwan has eight; Australia, Malaysia, and Macau each have seven; France and the United States have six; South Korea, Germany and the United Arab Emirates each have 4; Canada has three; Vietnam has two; and India, the Philippines, Nepal, Cambodia, Sri Lanka and Finland each have one.”