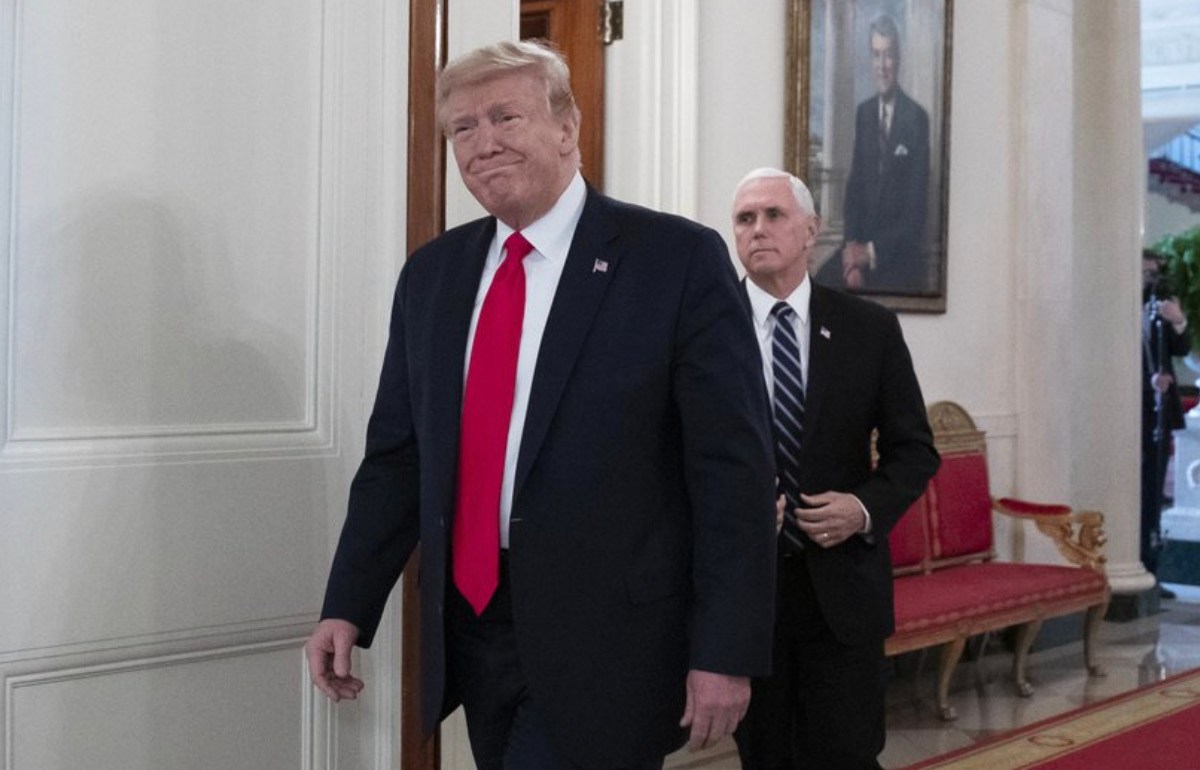 President Donald Trump likes to talk about the most, the best, the thing that nobody has ever seen.

Now he is trying to make a virtue of a lower number, arguing that the efforts of his administration have warded off a far greater death toll than otherwise would have been seen.

But the reported U.S. death toll on Wednesday crept past 60,000, a figure that Trump in recent weeks had suggested might be the total death count. He had cited the estimate as a sign of relative success after the White House previously warned the U.S. could suffer 100,000 to 240,000 deaths.

Trump also has repeatedly used the outer band of any estimate ? the potential that 2.2 million Americans could have died had there been no interventions ? to try to make his case most powerfully.

The U.S. death toll from COVID-19 is certain to keep growing from here.

And, like the unemployment rate, the numbers also will be revised ? and likely upward, due to underreporting. The focus on death tallies also overlooks other important markers such as immunity levels and infection rates.

“All these pieces of data are like a giant jigsaw puzzle that you’re putting together,” said Dr. Howard Markel, director of the University of Michigan’s Center for the History of Medicine. “The death toll is just one of them.”

Kathleen Hall Jamieson, director of the Annenberg Public Policy Center at the University of Pennsylvania, said it’s simplistic for Trump or other public officials to focus on the death toll since it’s incomplete. Cases not initially classified as COVID-19 could be added at a later date.

“The problem is you look at the number on your television screen and the number looks real,” she said. “What you don’t have is that that number should have an asterisk next to it.”

Dr. Deborah Birx, coordinator of the White House coronavirus task force, on March 29 revealed models projecting the deaths of 100,00-240,000 Americans, assuming social distancing efforts were ongoing. At the same time, she said epidemiology models initially had predicted a worst-case scenario of 1.5 million to 2.2 million U.S. deaths without mitigation efforts such as social distancing, hand washing and staying home as much as possible.

Soon after, Trump began speculating that the 100,000 figure was an outer limit,. Later, he leaned more toward a 60,000 projection.

“The minimum number was 100,000 lives, and I think we’ll be substantially under that number,” he said April 10. “Hard to believe that if you had 60,000 ? you could never be happy, but that’s a lot fewer than we were originally told and thinking.”

Trump tempers his comments by saying even one death is too many, but he’s also appeared relieved at the notion of a toll of 60,000. That’s more in a matter of months than the 58,220 U.S. military deaths during the Vietnam War but far below the 675,000 deaths from the 1918 flu pandemic that Trump often cites.

Trump has used the 2.2. million death estimate to suggest he saved millions of lives through leadership that he and other administration officials say was “decisive.” His actions have been challenged by state, local and public health officials who have complained about shortages of testing supplies and safety gear for doctors and nurses.

Trump often cites restricting travel from China, where the virus originated, and from Europe, where it took hold before exploding in the U.S., as among his most important first steps.

“We did the right thing, because if we didn’t do it, you would have had a million people, a million and a half people, maybe 2 million people dead,” the president said on April 20.

Trump offered a revised estimate Monday when asked if he deserved a second term with a death toll akin to the American lives lost in Vietnam.

Jillson said Trump doesn’t realize the numbers are always “going to turn negative at some point” and that the way he talks about the death count suggests a lack of empathy.

“It highlights how infrequently he will actually talk about these numbers as people, as loved ones, as fellow Americans, as people no longer with us,” Jillson said. “That is natural to a politician whose stock in trade is to feel the audience and to empathize with them.”

The White House had resisted any public announcement about a potential death toll until Birx and other experts unveiled their own model of the anticipated cost to the nation ? both with and without social distancing measures.

Earlier this month, the Centers for Disease Control and Prevention began posting projections on the number of anticipated U.S. deaths from the coronavirus from seven different research teams.

The teams use different types of data and make different assumptions, including about the effects of social distancing, use of face coverings and other measures. The most recent summary showed modelers predicted a cumulative U.S. death toll of 50,000 to 100,000 by mid-May.

“I use models to try to predict the impact of different interventions. That’s really the important thing,” Redfield said.

Watch: Vice President Pence Chose Not to Wear a Face Mask During Tour of Medical Center Despite Being Required To