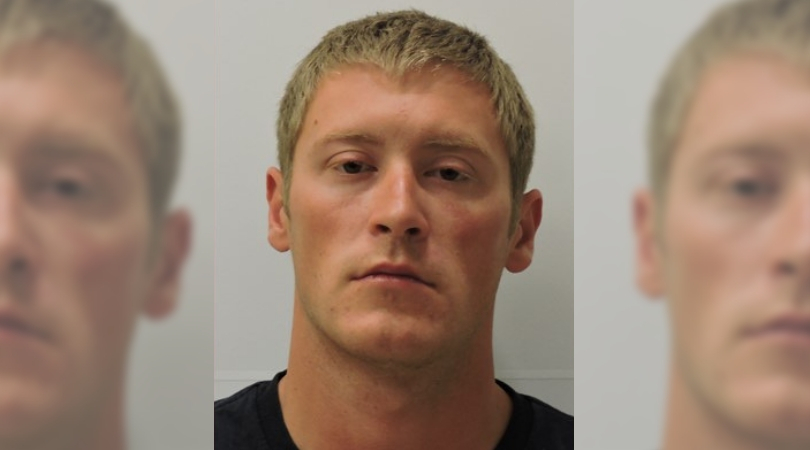 Well….this is definitely one for the books. A correction officer thought it would be a smart idea to smuggle in some drugs by using a burrito. Yes, a delicious burrito was wasted thanks to a dummy. Forget about beans and lettuce, it’s all about heroin and lettuce! That’s where the flavor is at! Someone call Taco Bell and make them get this on their menu asap. It’s a real crowd-pleaser.

How did the prison find out this officer had drugs on him? None other than a prisoner at Buena Vista Correctional Facility. Which I bet had beef with him, so he wanted sweet revenge. So, safe to say Colorado corrections officer, Trevor Martineau, was in quite a pickle showing up to work that morning.

A Colorado Department of Corrections Investigator quickly approached Martineau as he arrived to work, which is when he confessed and told the investigator he had drugs inside his lunchbox. Upon opening the lunch box, the investigators found a large burrito inside and saw a plastic baggie sticking out of one end of the burrito.

Court documents stated that the burrito contained 91.4 grams of meth, 26.1 grams of heroin, 10 strips of “suspected Buprenorphine Naloxone,” 46 strips of suboxone, 13 individually wrapped marijuana wax, and 6 small thumb drives. HOW BIG WAS THIS BURRITO!? That is the question here! Chipotle, who? If only there was a picture of the burrito.

Buprenorphine Naloxone is used to treat certain types of drug addiction, while suboxone is usually used to treat opiate addiction and withdrawal. Court documents suggested that the officer was paid $1,000 for picking up the narcotics, but do not know who paid him. But let’s be real, it was probably the same guy who narked on him. It’s all too fishy.

The correctional officer, who has worked for the Colorado prison since August 1, 2018, faces a variety of felony charges and well, obviously no longer has a job with the state. Good call there Colorado Department of Corrections. I would have been worried.