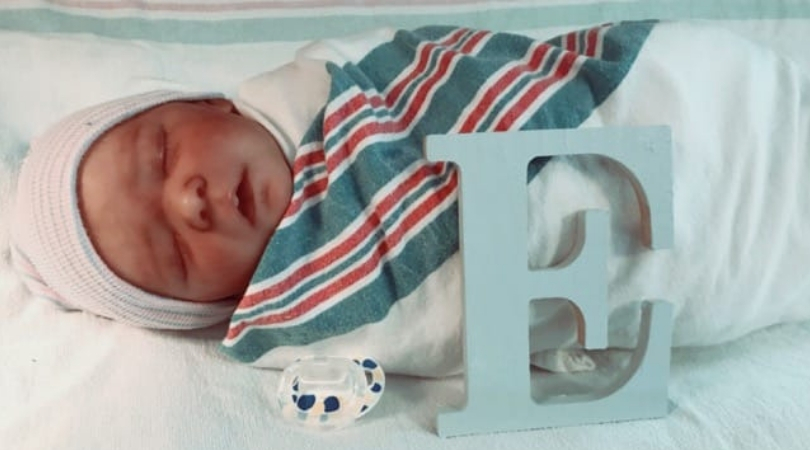 Meet 23-year-old Kaycee Lang and 27-year-old Geoffrey Lang, the most terrible human beings on the planet. The Pennsylvania couple decided that it was a great idea to start a GoFundMe page, claiming they had lost their newborn son hours after his birth. But, plot twist, these smart genius’ didn’t think that police would investigate.

Which they did, and found that the boy never existed. Dumb, dumb, dumb. So, the couple was quickly arrested and charged with misdemeanor theft and deception. According to authorities, the couple allegedly faked the birth on July 3 and the death of their son for money. The Langs claimed their son Easton Walt Lang, was born at Conemaugh Memorial Medical Center in Johnstown and died hours later.

The couple shared photos of “Easton” on their social media pages and started a GoFundMe page for funeral expenses and donations to help pay for a personalized urn. Police were quickly called after the boy’s memorial when a friend, Cynthia Dilascio, said that she was suspicious of Kaycee’s pregnancy and Easton’s supposed death because the “mother” didn’t show any signs of being pregnant.

Despite her suspicion, Dilascio did host a baby shower for the couple at her home in May. Around seven months later, Kaycee stopped seeing her friends, claiming she was on bed rest under doctor’s orders. Kaycee then told Dilascio that she had given birth but the boy died of respiratory distress syndrome, to which she didn’t believe her and figured it was all a scam.

Dilascio called the funeral home where the couple said the boy was cremated, but the home had no record of him. When she confronted the couple at Easton’s memorial service, they denied the allegations. Sure enough, police were unable to find a record of Kaycee’s’ pregnancy or the baby’s birth and death. After searching the Langs’ home, police found the newborn look-alike baby doll that was allegedly used in the photos. A big game over for the wannabe parents.

GoFundMe started they would be giving out full refunds to the people who donated to the couple through the site. It had raised $550 in total but has now been taken down. The couple is scheduled to appear in court later in October. Honestly, I hope they get more than just a fine or a few months in jail. These terrible humans took advantage of such a sad situation, that can actually happen to parents. Which is devastating, because those parents go through hell whenever their child gets sick. Do you know how many people go through this? For someone to make a joke out of it is disgusting.