Couple Accidentally Get Sent $550K Worth of Ecstasy Pills By Mail 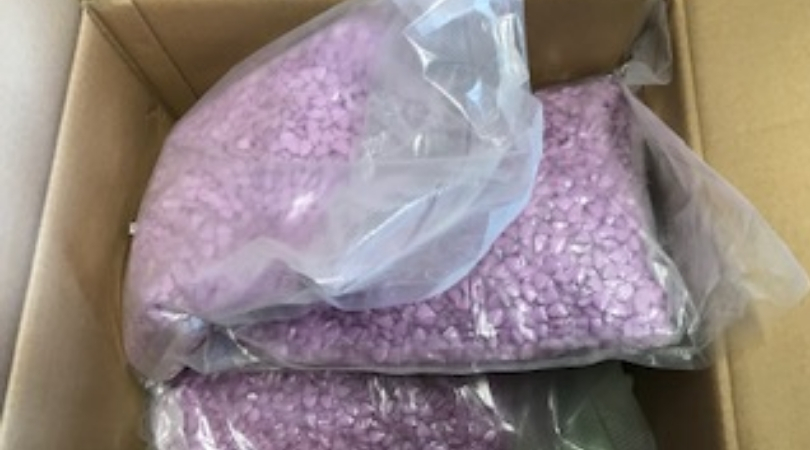 Well, it looks like we have found where our next party is going to take place. Turns out a middle-aged couple in Austria received quite the surprise when they woke up one morning, realizing the package they had received overnight wasn’t what they had ordered a few days ago. What did it contain? Oh you know, just nearly 25,000 ecstasy tablets. The usual.

The 58-year-old woman said she had initially opened the package because she thought they were some dresses she had bought online from a retailer in the Netherlands. When she showed her 59-year-old husband she realized that after closer inspection, they weren’t purple pills for decorative stones as she had originally thought. Afraid they were “probably stimulants,” they quickly returned the package of their local post office in Linz, Upper Austria. Because well, no one wants to get caught with Ecstasy pills.

According to the Upper Austria police, one of the packages did contain the two dresses the woman had ordered, but the second had 24,800 ecstasy tablets with a street value of about ?500,000 which is $550,000 in the US. In the UK, they are valued at £165,000, which is $205,000 in the US. After investigation, authorities believe the package was intending to go to Scotland, which is why Police Scotland the UK’s National Crime Agency are currently conducting a live investigation in the matter.

So now they can skip the dance and go straight to glow sticks and put that spark back into that marriage.

This isn’t the first time a couple opens their door to find some sort of illegal substances on their porch. Drug dealers have used postal screening services to deliver their goods quite often. Earlier this year, another Austrian couple also mistakenly signed up for a package that contained $10 million worth of meth. According to the US Postal Service Office of Inspector General, in 2018, of 104 illicit drug treaties on the dark web that posted a preferred shipper, 92 percent of those said they used USPS.

Seems to me like drug dealers might want to double-check where they are sending the package, or you know, maybe turn on their tracking devices. That or maybe just don’t use the mail to send drugs, you’re aren’t an online retailer. That’s pretty dumb. Then again, what do I know? I’ll just stick to ordered shoes from Amazon.