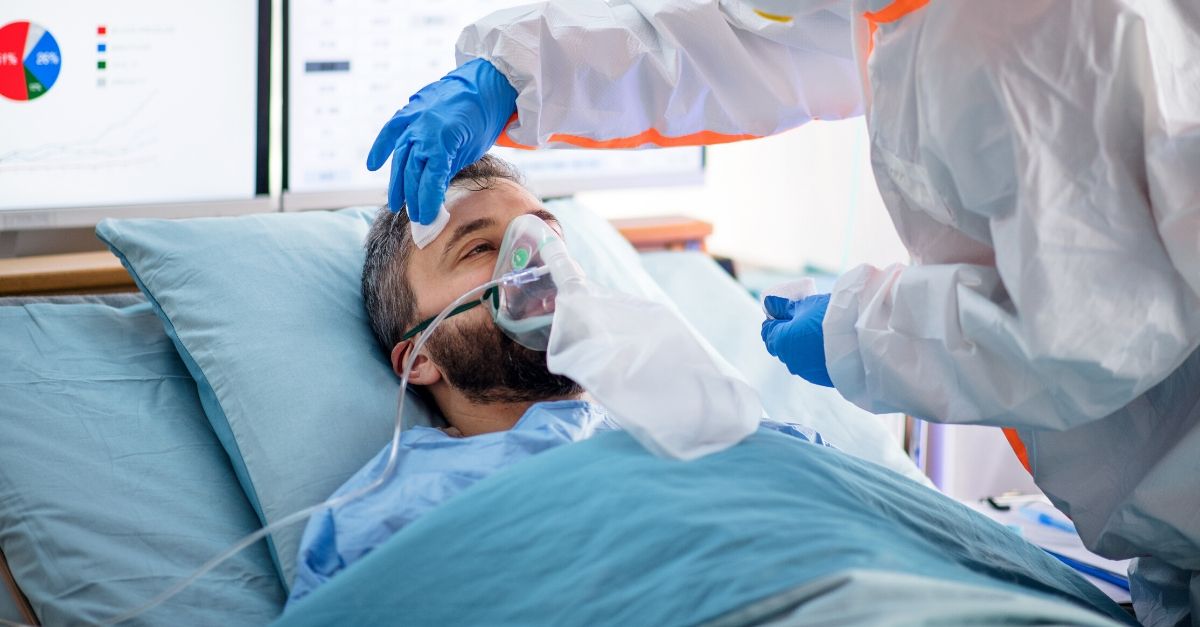 In London’s St. Thomas Hospital in England, a 41-year-old man had quite the episodes of mania, after getting diagnosed with COVID-19. 10 days into his hospital stay, the unnamed man exhibited certain mood disorders, causing him to act quite inappropriately.

According to the BMJ Case Reports medical journal, this man, with no significant medical history, was placed on antipsychotic medication after having a manic episode, causing him to picture his life “like a TV show,” inappropriately touch health professionals, baptize other patients, and confess to his wife that he apparently had sex with men. The patient spoke on his experience, saying,

I was taken to hospital on the 4th April with what I would describe as the worst headache of my life. At this time, I had been suffering with the symptoms of COVID-19 for over a week. As the ambulance came, I confessed to my wife that I had sex with men (most of which before marriage), although I am heterosexual. I felt that I was incapable of lying or hiding the truth and thought I was dying.

I was in hospital for a total of 20 days with psychosis and mania, which I experienced as fascinating. This may seem strange from an outside perspective, but I was, in my mania, trying to help the doctors as much as I could, while at the same time trying to make sense of my condition. I began to think that I was part of a TV show, in which I was sent back from the future to save the NHS, and I was curious to see how this would end.

For my family and friends it was frightening. Luckily, they had a lot of support from each other, and from the great team of doctors at St. Thomas hospital.

The study explained his psychiatric assessment, stating that the coronavirus may have triggered what could be the man’s dormant bipolar disorder, inherently one of the nervous system issues that has been found to correlate with the coronavirus disease.

When his acute manic episode began, the man woke up in the middle night with what he described as “racing thoughts” and “grandiose ideas.” The case report noted, “He also confessed to numerous hitherto undisclosed homosexual encounters and other sexual behaviors described as uncharacteristic by his wife. He obsessively wrote down every personal interaction and bodily sensation. He said he found this experience ‘liberating.’”

Soon enough, he was so out of control, he was detained under the authority of England’s Mental Health Act. Dr. Jamie Mawhinney wrote in the journal “This is, to the best of our knowledge, the first report of an acute episode of mania or psychosis as a result of SARS-CoV-2 infection,” considering that lockdown because of the COVID-19 pandemic has been the cause of many depressive episodes.

The man continued treatment with antipsychotics and sedation with benzodiazepines. He was transferred to the emergency department for left-sided chest pain caused by COVID-19 pneumonitis. However, his behavioral health improved after returning to the psych ward, where he was discharged 12 days later. 23 days later, in a follow-up, after taking some medications, he and his wife confirmed that he’s back to normal. I’m sure that was a fun conversation.

This might be a really bad way to put it, but if you don’t want to possibly experience these mood swing side effects, I would recommend you stay inside and wear a mask to make sure all your dirty secrets are hidden.