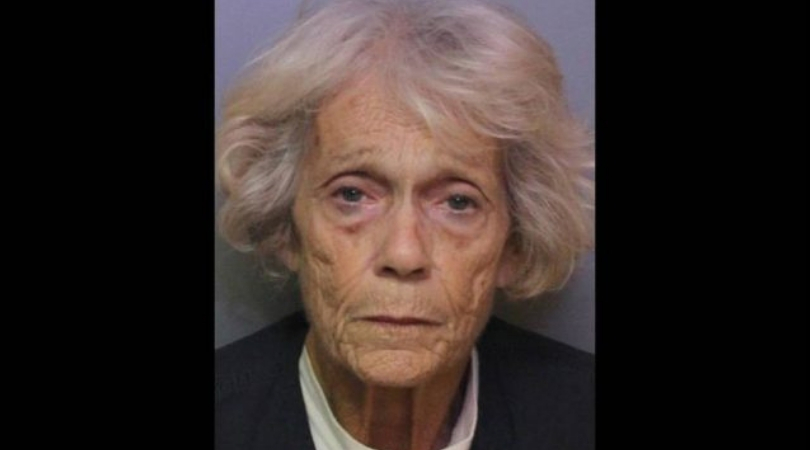 It turns out a 73-year-old Barbara Ray was worried about what she was smoking, stated she was “scared” of what it was doing to her, which is why she asked her doctor to check the methamphetamine supply. According to authorities, the woman went to the Complete Care Family Medicine Associate in Fort Meade and pulled three items from her bag: a small clear plastic bag containing a white crystal like substance, a small plastic container also containing a white crystal-like substance, and an empty perception bottle with her name on it via the prescription label.

Ray told doctors that she has been smoking the meth for about a month, but didn’t give a reason as to why or how she obtained the drugs. Concerned for the woman, the doctor called the police (because no 73-year-old should be smoking, let alone smoking meth), which resulted in her arrest. She was booked into the Polk County Jail on charges of methamphetamine possession and possession of drug paraphernalia.

The two bags that contained crystal-like substances were taken to a lab for testing, in which turned up positive for meth. According to authorities, the day of the incident, the woman appeared to be under the influence of drugs when taken into custody. And by the look at her mug shot, yup, I’ll nod my head to that.

Well, I guess it was one of those “do it now or later” types of things, right? Grandma gone wild, indeed. I wonder what the dealer thought when he sold her the drugs. Definitely a conversation I would love to take part of.

Editors Note: This article was originally published on November 19, 2019.