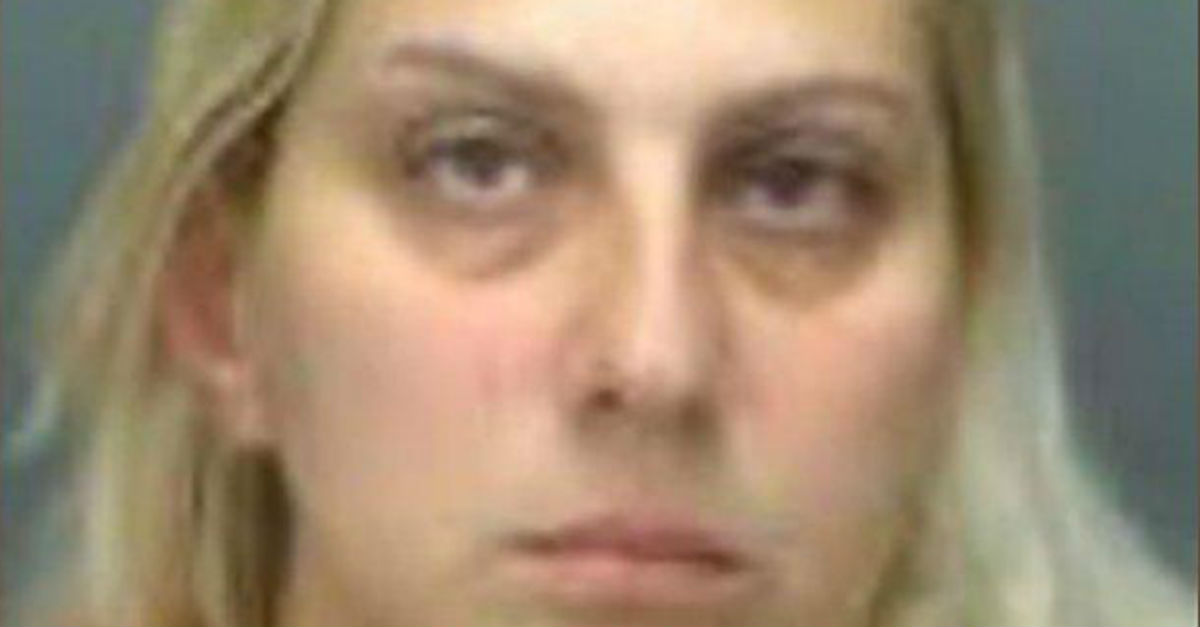 A Florida mother allegedly used her 14-year-old son, 2-year-old son and baby to shoplift and had no issues leaving them when it came time to face justice.

WFLA reports that Mahassen Elhadary, 39, of Clearwater took her young ones on a “shopping” trip to a JC Penny’s a few days before Christmas. Authorities claim Elhadary used scissors to cut the tags off of $527 worth of merchandise and had her 14- and 2-year-old conceal the items, but she was reportedly not as discreet as she believed herself to be.

“[Security] had been observing a woman who was using a pair of scissors to clip off the shoplifting devices at the store. A variety of clothing, a variety of shoes. Stuffing it in bags and she also had three children with her at the time,” said Rob Shaw of the Clearwater Police Department.

When security approached her in the store, her first instinct was to leave her two eldest children and run away with the baby, police said. Officers and Elhadary’s husband, who picked up his children, reportedly attempted to contact her.

“Our officers on-scene tried to contact her, and she would not answer or hung up the phone,” Shaw said.

She turned herself in a day later and was arrested and charged with child neglect, retail theft and possession of an anti-shoplifting device, according to ABC Action News.

This is hardly the first case alleging that a parent enlisted their child to commit a crime and then left them to deal with the consequences.

Authorities said Travis King placed $800 of electric wire in a shopping cart at a Lowe’s Home Improvement Store and had his 13-year-old son push it past the cash register. King’s son was detained by security before he could make it to the parking lot, while King was allegedly busy running away.

In January, another parent by the name of Edwin Diaz allegedly used his 11-year-old son to try to sneak $367.83 worth of merchandise past a Walmart greeter. Diaz reportedly told the greeter that he needed help finding his 2-year-old while his preteen snuck by with the shopping cart. A loss prevention employee stopped the kid and asked for a receipt. When he said that Diaz had it, Diaz allegedly hopped into a car and drove off. When he was arrested at a traffic, he said his son was “probably still at Walmart” and accused the poor kid of lying, police said.

Readers will only need one guess to figure out the state where that arrest was made.

RELATED: Florida man who caused a car crash near his home has a hell of a reason for it