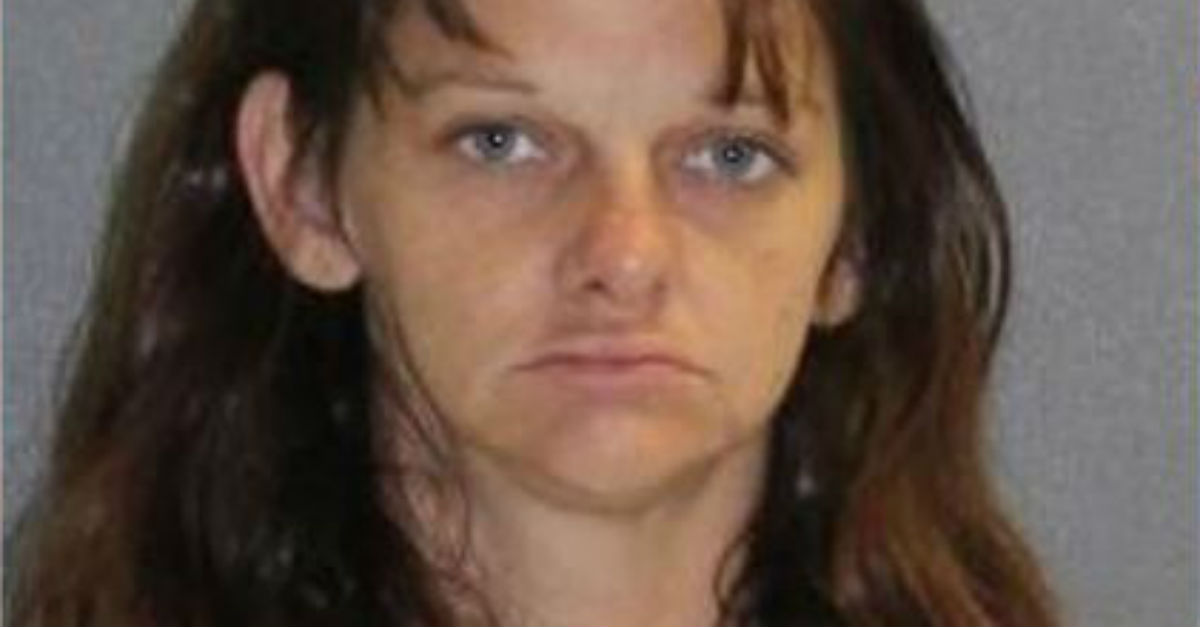 One alleged Florida criminal found out the hard way that smoking can lead to undesirable results.

The Volusia County Sheriff’s Office was able to connect Cassandra Taylor, 32, to the burglary of a DeLeon Springs during Hurricane Irma because of a cigarette butt, reports WFTV.

The victim evacuated his home ahead of the September hurricane, which was originally predicted to make landfall as a Category 4 storm. The victim found his house in disarray upon returning. According to reports, his couches were overturned and cut and his drawers were open. He also noticed that items were missing and contacted 911.

It wasn’t until investigators received information from a different burglary that they were able to list Taylor and an accomplice, later revealed to be Oscar Bravo, 25, as suspects in the first incident.

News of her arrest was reported three days after the suspect evacuated their home.

Investigators located a cigarette butt on the bedroom floor of the first house. The butt was sent for DNA testing and came back as a match with Taylor.

Taylor confessed to the crime. She is charged with grand theft and burglary to a dwelling during a state of emergency, an enhanced charge, according to CBS 12.

Her alleged partner in crime, Bravo, was arrested on Sunday. He too was charged with burglary.

RELATED: Florida man arrested on charge of having pilfered meat in his pants