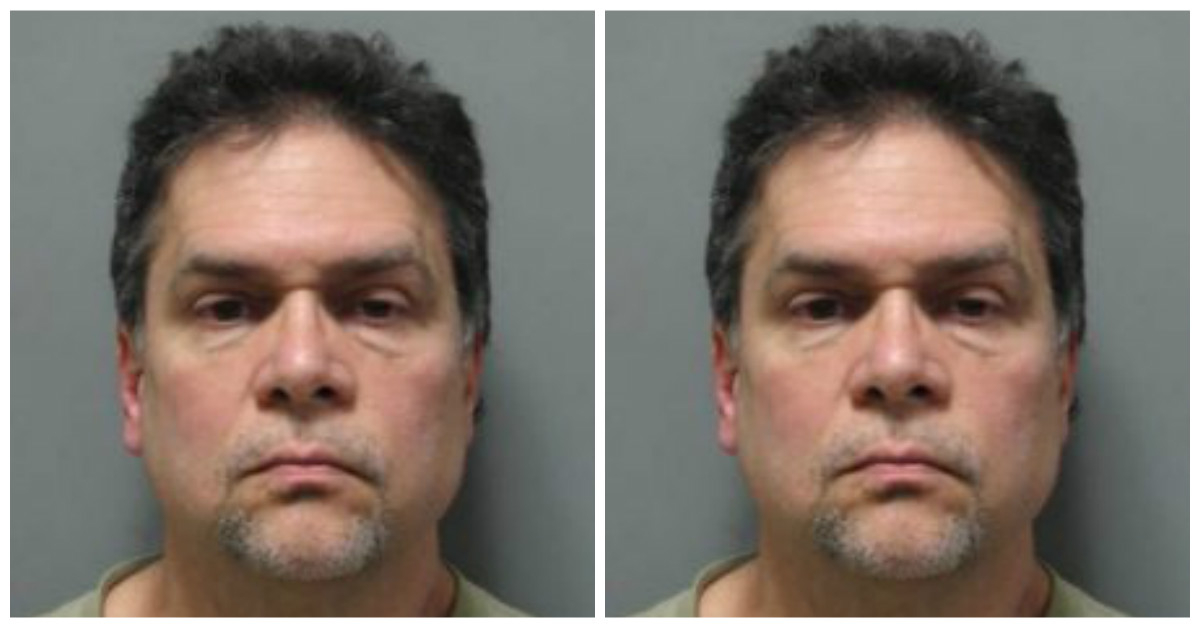 For the second time in a month, 57-year-old Mark Yantsos is taking a trip to the slammer. According to a Montgomery County Police Department press release, Yantsos was charged with “sexual abuse of a minor and a fourth degree sex offense” in early April after police discovered that he had an inappropriate relationship with a 17-year-old student at Richard Montgomery High School where he was a security officer. The police department stated that “investigators were provided with copies of inappropriate text messages that Yantsos had recently sent to the victim.”

RELATED: A knife-wielding teen is in the hospital after a school security officer took matters into his own hands

After the April arrest, Yantsos was placed on administrative leave and ordered to stay away from the student. According to NBC Washington, he was released on $75,000 bond, and allegedly wasted no time resuming his old habits. The former NYPD officer was arrested again last Friday night after he supposedly had the victim at his Rockville, Maryland home for five consecutive days between the end of April and beginning of May.

According to Bethesda Magazine, Yantsos reportedly had sex with the girl and gave her a large amount of money during their last meeting. Previously, he bought her a number of gifts including expensive jewelry and a cell phone. When the girl’s mother discovered the inappropriate relationship, she contacted school officials.

RELATED: This school security guard learned the hard way that you need to follow certain rules when carrying a gun

The suspect is currently undergoing mental evaluation and his attorney declined comments. NBC4 spoke to student at the school, who called his behavior “horrific.” The school is reportedly revamping their system of background checks after they missed a 1994 arrest when Yantsos allegedly pulled a gun on a waitress at a topless bar.