Maine health teacher Jill Lamontagne has been placed on leave after a student’s suicide attempt led to him confessing to an affair with the married teacher.

The 17-year-old student, whose name is being withheld, attempted to end his life on June 9 via a mix of blood thinner, over-the-counter pain medication and cold medicine.

The Portland Press-Herald reports that he then confessed the affair to a family member as well as a registered nurse (RN) and a psychiatrist. At the time, the victim said he was “so sorry for all the bad things he did.” The victim’s family then contacted the school, triggering Lamontagne’s administrative leave.

RELATED: If a sexual misconduct charge with a student wasn’t enough, police say this teacher stabbed his wife as well

The mother of the victim also sought and received a protective order in court to keep the pair apart. A Biddeford District Court judge granted a two-year protection order.

Details of the affair between the two — which had been rumor for some time in Kennebunk High School, where Lamontagne taught and the student attended classes —  came to light in the court filing.

The victim and Lamontagne allegedly engaged in “a number” of sex acts, including oral sex and “other stuff.” The Journal-Tribune reports that the victim said he “loved” Lamontagne but that he also felt “used” by the teacher. The pair would allegedly get together in Lamontagne’s house, classroom and car.

In court documents, the victim said he did not come forward earlier because he wanted to continue the relationship and did not want Lamontagne to go to jail. 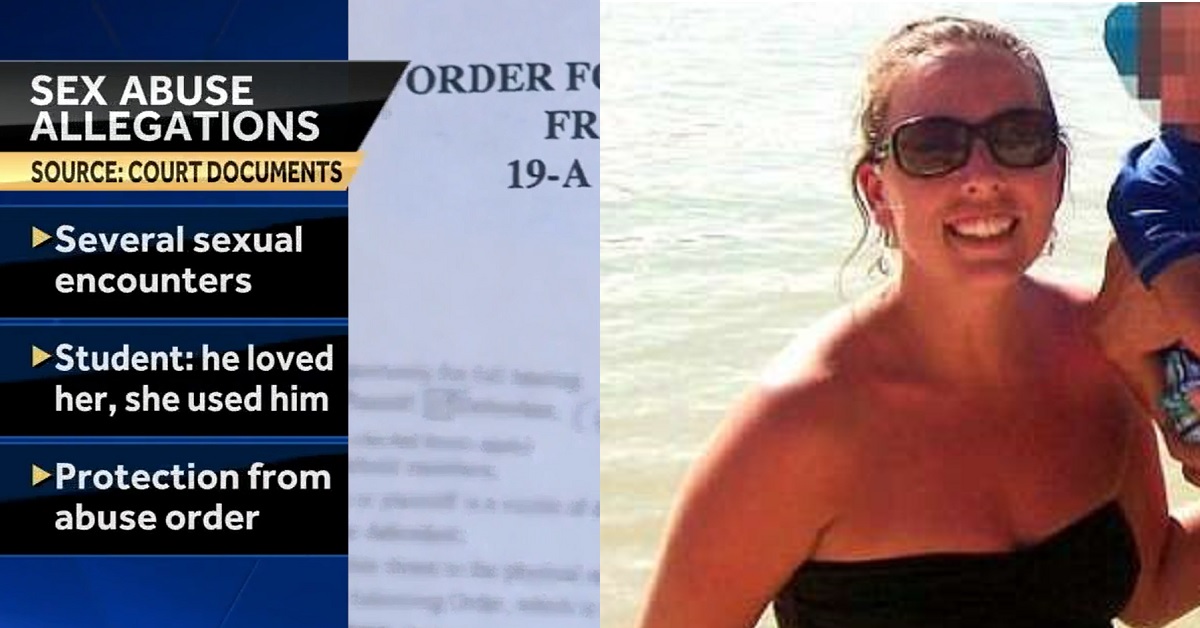