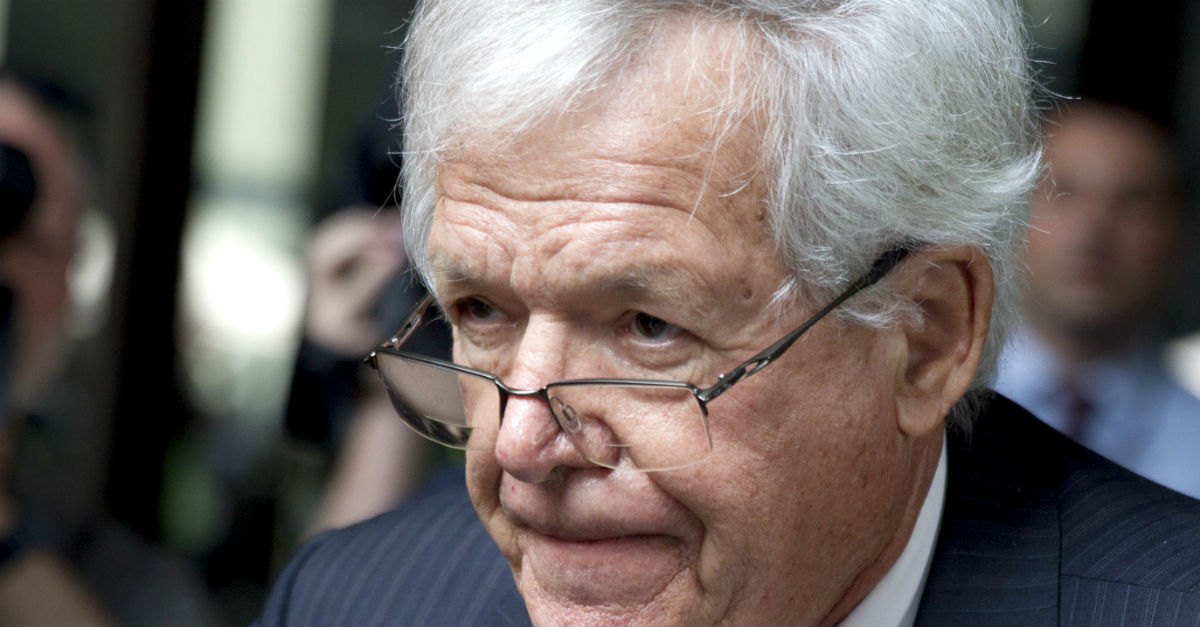 AP Photo/Christian K. Lee
Former House Speaker Dennis Hastert departs the federal courthouse Tuesday, June 9, 2015, in Chicago after his arraignment on federal charges that he broke federal banking laws and lied about the money when questioned by the FBI. The indictment two weeks ago alleged Hastert agreed to pay $3.5 million to someone from his days as a high school teacher not to reveal a secret about past misconduct. (AP Photo/Christian K. Lee)

A judge’s recent decision was another notch in the belt of former House Speaker Dennis Hastert’s lasting disgrace.

The 75-year-old was accused of sexually abusing at least four students when he was a high school wrestling coach. Last April, Hastert was sentenced to 15 months in federal prison after he was convicted for paying someone identified only as Individual A $3.5 million to keep his actions a secret. He was also made to pay $250,000 fine, which was set to go to a crime victims fund.

Earlier this week, Judge Thomas M. Durkin informed Hastert that he would be barred from having any contact with minors.

The terms of his release prevented him from being around any individual under the age of 18 “except in the presence of a responsible adult who is aware of the nature of his/her background and current offense.” Another provision also stated that he was not allowed to be in possession of “pornographic, sexually oriented, or sexually stimulating materials, including visual, auditory, telephonic, or electronic media, computer programs, or services.”

Hastert was released from a federal prison in Minnesota in July. Federal records show that he transferred to a halfway house in Chicago upon his release.

During his sentencing, Durkin called Hastert a “serial child molester.” He added that “accusing Individual A of extorting [Hastert] was unconscionable.”

Prior to Hastert’s legal troubles, the Illinois Republican served as Speaker of the House through the 106th and 109th Congresses. His tenure made him the longest-serving speaker. He was second in the line of succession to the President of the United States, just after the vice president.