A Texas grandma heard strange noises in her downstairs bathroom, and who she found inside will give you the creeps 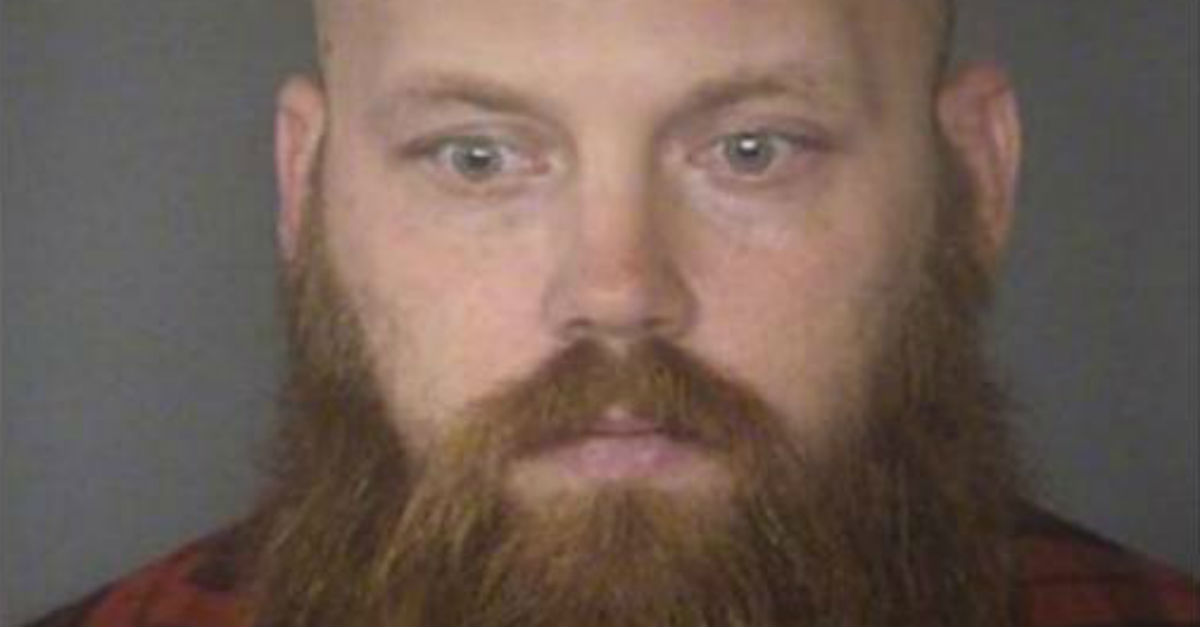 A grandmother’s investigation into strange noises from her downstairs bathroom led to a Texas man in his 30s being charged with sexual assault.

San Antonio man Stephen Sawyer began to exchange messages with a 16-year-old girl on a social network called Mocoscope. Sawyer later sent her a friend request on Facebook, where the two continued to talk. He later admitted to police that he solicited nude pictures from the teenager. She complied with the requests.

The two eventually agreed to meet at the teen’s house a day before Thanksgiving. The teen took Sawyer to a downstairs bathroom when he arrived at her home.

The teen’s grandmother heard something coming from the bathroom and went to investigate. She demanded that her granddaughter open the door. When she did, Sawyer was allegedly trying to hide behind the door. The grandmother kicked him out of the house and called the police.

The teen told police that Sawyer had sex with her. She also admitted to sending him nude pictures.

Her confession was enough for the police to obtain a warrant and arrest Sawyer on Thanksgiving morning. He was charged with sexual assault and was booked into the Bexar County Jail.

According to the Sacremento Bee, this isn’t the first time Mocoscope has found itself in the center of a Texas crime.

Stephanie Martinez, a transgender woman, was allegedly attacked and robbed in Austin over the summer by two men she met on the social network, Raymond and Rayshad Deloach, 26 and 17 respectively. An arrest warrant quoted Rayshad admitting that the brothers went after Martinez because she was transgender.

Following the attack, Martinez said that she learned “that it?s not always safe to just go meet somebody somewhere.”