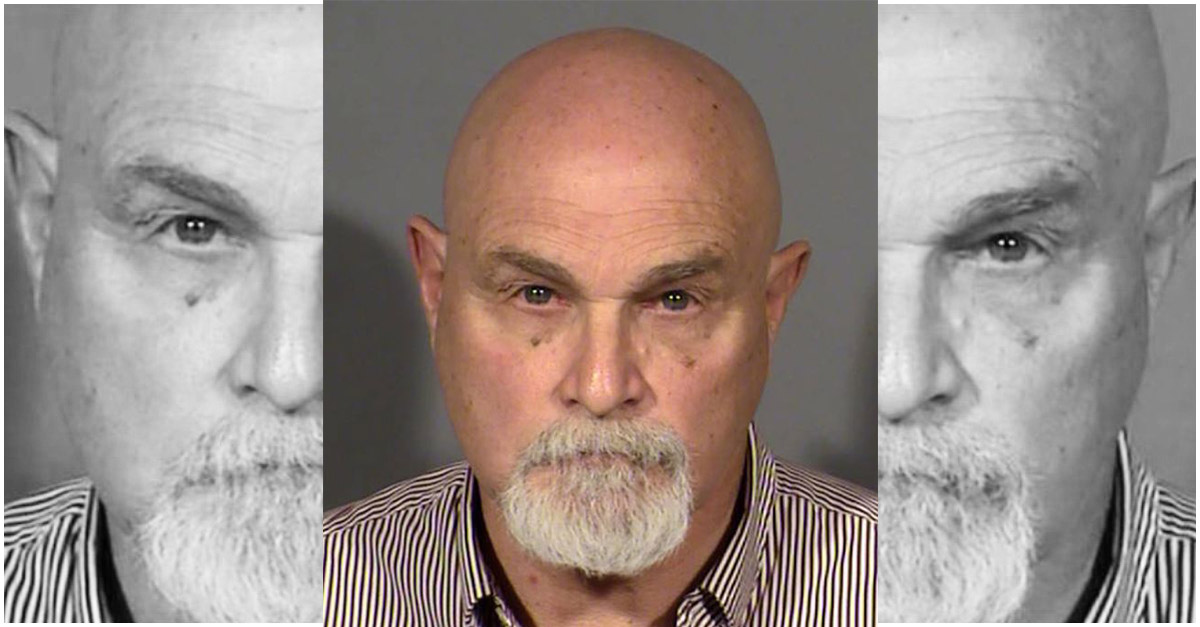 Attorney and professor Mark Peplowski is facing some time behind bars after police say they caught him doing the no-pants dance in public with a Las Vegas prostitute.

The bizarre tale began with a tip from an inmate at the Clark County Detention Center who told police that Peplowski had a relationship with a prostitute in Sin City. The cops launched an undercover surveillance operation and on June 8, they saw the professor pick up a woman and take her to a vacant lot where the duo had sex while standing outside his gold Toyota Highlander, the Las Vegas Review-Journal reports. Then in mid-July, authorities watched him pick up another woman and take her to the same vacant lot, where they had sex while standing outside his vehicle.

RELATED: Burglary investigation at a college professor?s house uncovers much worse crimes of his own

Both incidents were recorded by detectives with the Metropolitan Police Department. After his second illicit rendezvous, the professor satisfied one of the suspected prostitute’s other urges, taking her to a drive-thru restaurant before dropping her off in front of a hardware store and going to his law office. He faces two charges of lewdness, which are gross misdemeanors.

The complaint against Peplowski was filed on December 7, and the Review-Journal originally reported that the professor teaches political science at the College of Southern Nevada. In addition to his teaching load, he passed the Nevada bar in 2000 and has been licensed to practice law ever since. He’s also dipped his toes into the political spectrum and a tweet from October of 2016 shows him at a news desk at Las Vegas’ Fox 5 studio talking about the presidential debate.

At the college, Peplowski has been a tenured professor since March of 2006 — which means that it’s extraordinarily difficult for the school to fire him. And his tenured status proved in important in June of 2006 when police in a sting operation said that they saw a prostitute get into his car and later leave with $50. In that case, the college actually did dismiss him before reversing their decision, calling it “premature.”

In Nevada, prostitution is legal in certain areas, but the laws governing the world’s oldest profession are very strict. It’s only legal to engage in prostitution in “a licensed house of prostitution,” according to the state’s penal code. There are also laws dictating how often prostitutes must be tested for sexually transmitted diseases.

The lewdness charge that Peplowski faces states that it’s illegal for a “person who makes any open and indecent or obscene exposure of his or her person.” Since the professor had sex in a publicly accessible vacant lot, shielded only by his gold Toyota Highlander, the state believes they have a case for the lewdness charge.