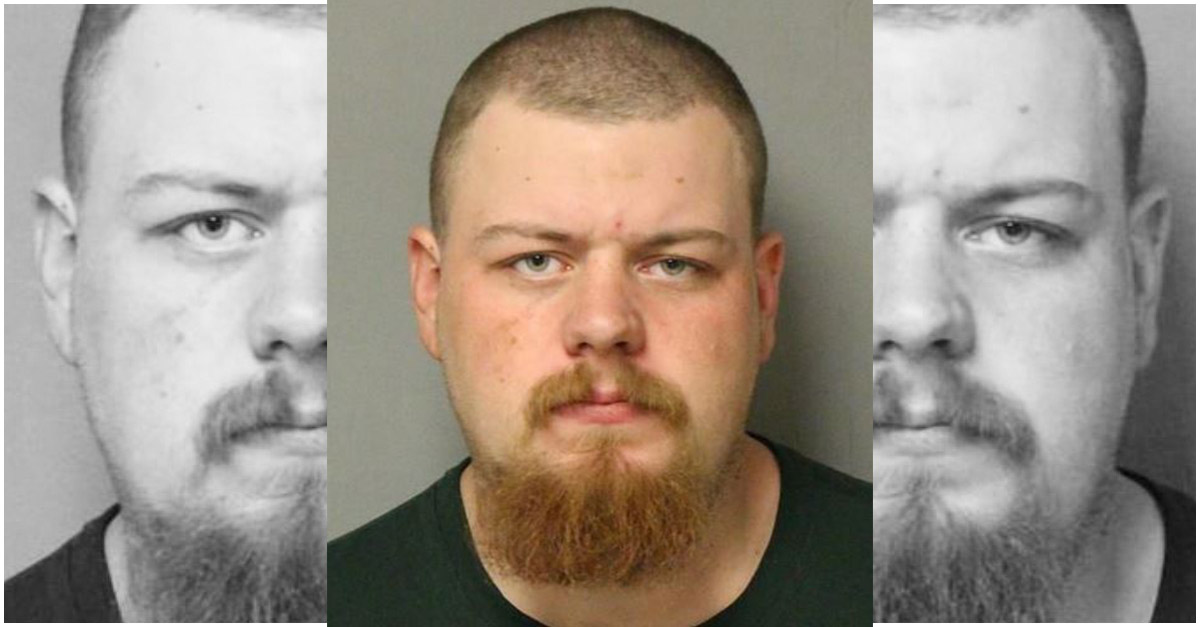 Glen McNeal Grubb of Pulaski, Virginia is facing some pretty serious charges after he allegedly shot a crossbow at a driver during a road rage occupation.

The other driver, Jeffrey Porterfield was driving his F-150 on Tuesday evening when a gold sedan (supposedly belonging to Grubb) began tailgating him. He says that Grubb continued following him for a while and he thought that he threw something at his truck. But when deputies later inspected the vehicle, they found a crossbow arrow stuck in it, The Roanoke Times reports.

The 23-year-old suspect was later arrested at his residence and is facing a string of charges including attempted murder, shooting a missile at an occupied vehicle and two counts of child endangerment. This is the first time we’ve seen the “shooting a missile” charge, but here’s the definition of that law, according to the Virginia penal code:

Any person who maliciously shoots at, or maliciously throws any missile at or against, any train or cars on any railroad or other transportation company or any vessel or other watercraft, or any motor vehicle or other vehicles when occupied by one or more persons, whereby the life of any person on such train, car, vessel, or other watercraft, or in such motor vehicle or other vehicle, may be put in peril, is guilty of a Class 4 felony. In the event of the death of any such person, resulting from such malicious shooting or throwing, the person so offending is guilty of murder in the second degree. However, if the homicide is willful, deliberate, and premeditated, he is guilty of murder in the first degree.

The attempted murder charge is probably the most serious and carries between two and ten years if the court rules it as a first or second degree attempt. If the court finds that Grubb attempted capital murder, that crime is significantly more serious and could send him away for life, according to Virginia law firm Karin Riley Porter.