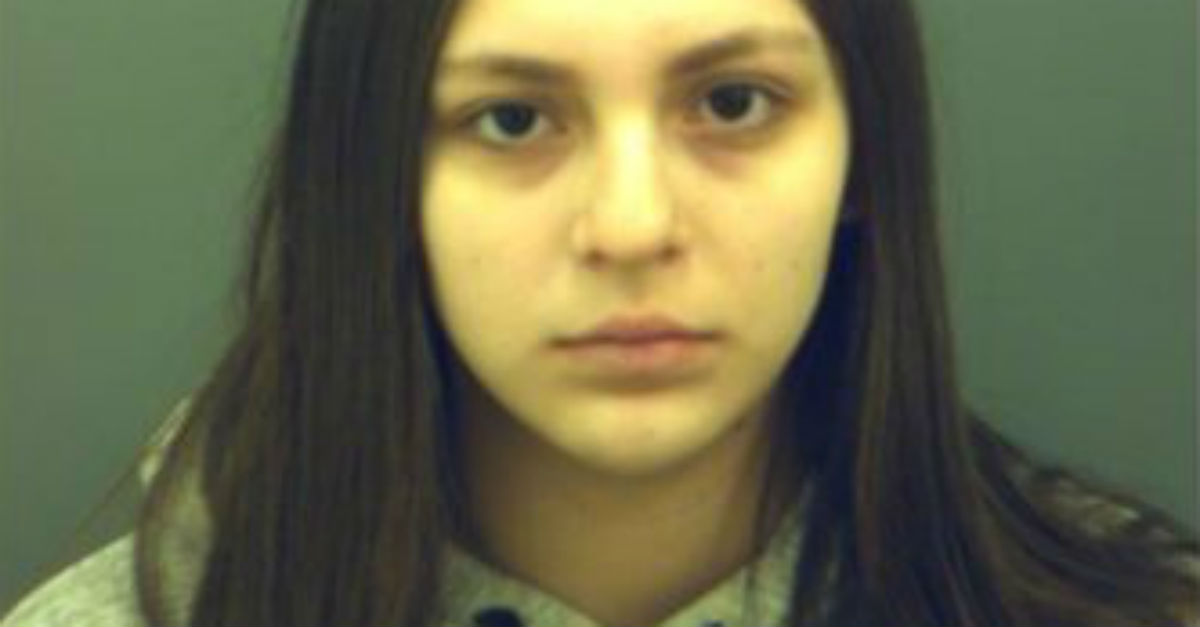 A Texas teenager told her mother she suffered a miscarriage, but authorities quickly learned that the truth was much worse.

KVIA reports that El Paso high schooler Erica Gomez, 17, later told investigators that she delivered a baby in a bathroom toilet. She cut the baby’s umbilical cord, wrapped the newborn in a bathrobe and placed the baby inside of a storage shed on another property close to her home. She said that after the ordeal, she went back inside of the house and fell asleep. She was bleeding when her mother found her and taken to the hospital.

Gomez, who initially said she did not report the birth because she was scared, said that she was the only person who handled the baby. The criminal complaint did not explain how the stab wounds came about.

The baby is believed to have remained in the shed for about 12 hours. Interviews revealed that no one entered the shed before the young boy.

She was booked into the El Paso County Detention Facility. Her bond was set for $800,000.

RELATED: A woman faces charges after her daughter made it clear that 3 infants didn?t die mysteriously