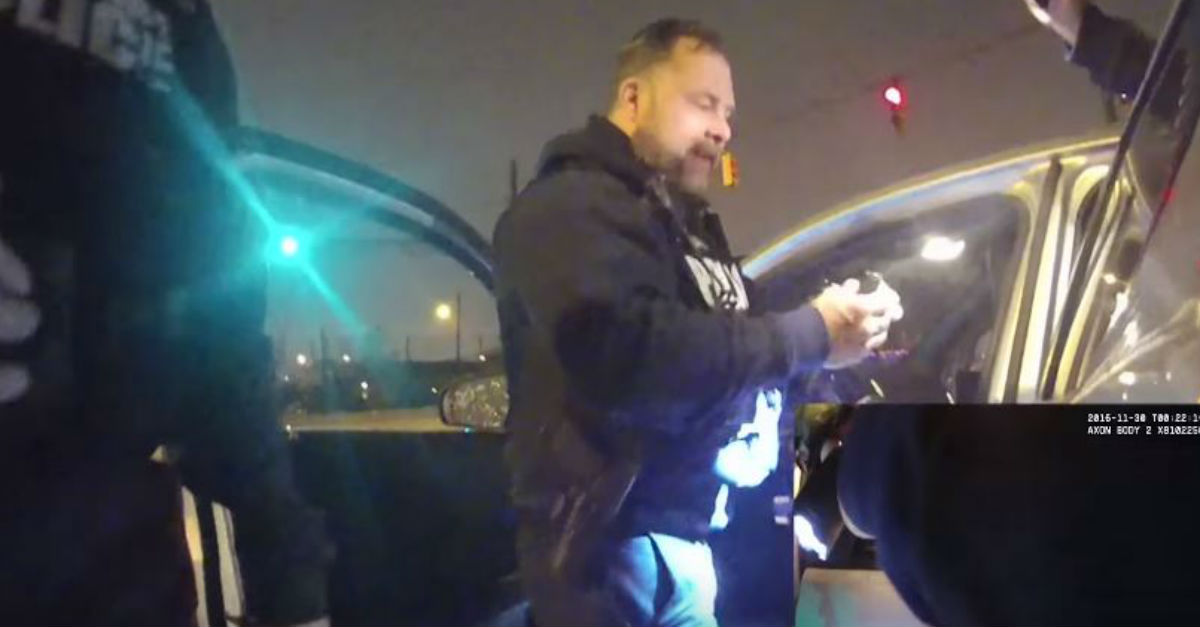 In April of 2015, Freddie Gray, Jr. died while in police custody and the situation between the police and the public deteriorated into chaos, with parts of Charm City going up in flames during the riots that ensued. Tensions between police and the public they serve in Baltimore have long been at a boiling point–and police in the city have their hands full. The Baltimore Sun reported that during the first four months of 2017, the city “experienced its highest murder rate in recorded history,” pacing just behind Chicago for homicides.

RELATED: New bodycam footage appears to show a police officer planting drugs on a man who has been in jail since January

But Baltimore police seem to be battling an internal problem as well. For the second time in two weeks, a bodycam video from an officer has surfaced that allegedly shows the officer planting drugs. Like the first video, a number of police are on the scene when the officer slips what appears to be a bag of pills into a hiding spot. It’s a troubling conclusion for the Baltimore police as the video seems to show an orchestrated effort to plant evidence.

The video surfaced on Tuesday when a defense attorney in the city released it. Previously to the clip becoming public, the state’s attorney dropped the charges against the suspect who was arrested in the traffic stop captured in the video. According to the Baltimore Sun, the video related to the arrest of 35-year-old Shamere Collins in November of 2016. Officers stopped Collins and claimed they smelled marijuana, after searching the car, they recovered marijuana and heroin — charges were filed against Shamere and the driver.

RELATED: Police say a grave-digging grandson tried to steal his grandmother’s jewels 15 years after her death

In the clip, one officer searches around the driver’s seat and finds nothing. 30 minutes later — according to the time stamps on the footage — another officer searches the exact same place and immediately finds a stash of drugs. The officers in the video have not been named, CBS reported last week that 123 cases are under review by the state’s attorney, and over 30 have been dismissed based on bodycam footage from officers.

In a statement, Collins said, “those drugs were not in that car when we were pulled out, the state dismissed the case against me and my attorneys are reviewing the tapes to see what steps to take next.”

Many police bodycams begin recording video 30 seconds before the officer hits record. This can prove crucial to evidence in crimes but for the Baltimore police, the feature has backfired by showing them apparently planting evidence.