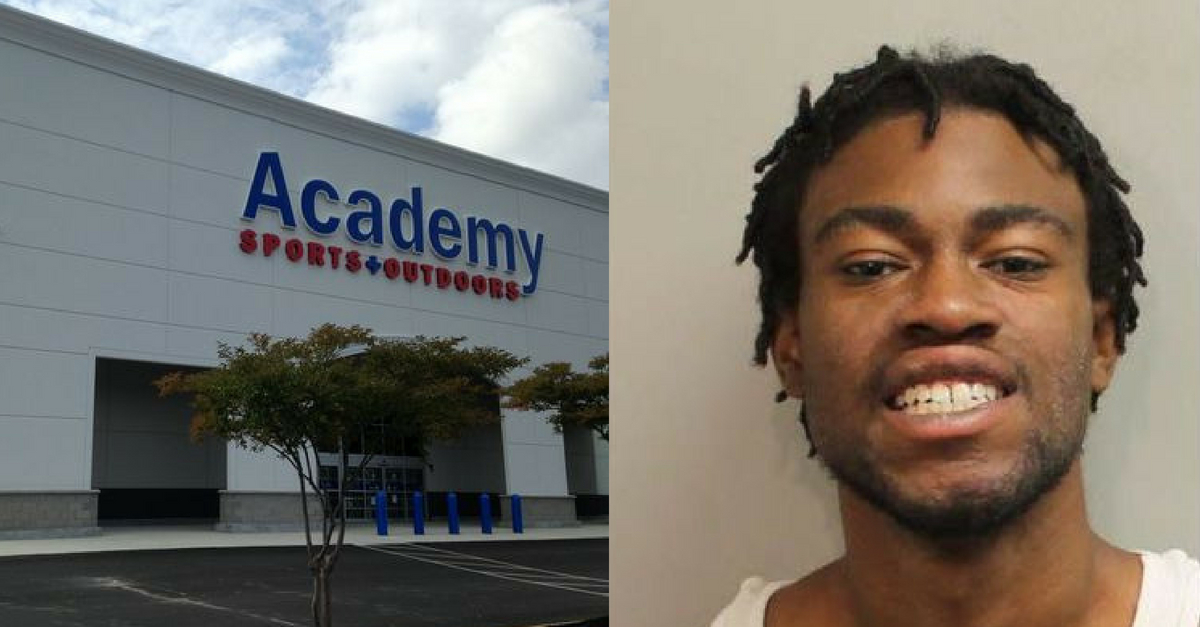 A manager at an Academy Sports store located in Tallahassee was fired, after he allegedly chased and tackled down a shoplifter, who tried running out of the store with a handgun.

According to police, On June 29th Jason White tried leaving the sports store, threatening he was going to shoot people with the stolen weapon. Academy Sports Manager Dean Crouch, 32, heard commotion from several employees, tackling the suspect near the stores exit doors. White was taken to the office, while law enforcement were on route.

Crouch, who worked at the store for two years, was fired.

Crouch’s Attorney Ryan Hobbs, stated Crouch reacted out of instinct, after he heard the commotion, thinking he had to stop the suspect. The company then decided to terminate his employment effective immediately, due to him putting hands on White.

White had a .40-caliber handgun, a stolen backpack with five boxes of ammunition, and two magazines for a Glock handgun. Florida police stated White had also stolen two guns from Cash America Pawn Shop before he decided to go to Academy. White had asked to look at the handguns in the firearms counter, running towards the front door when it was given to him.

Read More: Judge decides it was illegal to fire this officer, so she returns to work

According to Tallahassee Democrat, White admitted to stealing all items, repeating he would steal again once he got out of jail. White then told Tallahassee authorities he and his family were being threatened by an unknown person and wanted the gun to protect himself.

Crouch’s Attorney said his client is considering a lawsuit for wrongful termination, arguing the store manager may have saves lives by stopping White.

KENS5 reached out to the company for a statement, but Academy Sports Spokeswoman, Elise Hasbrook, could not comment on specific personal matters. However, Hasbrook did state Crouch’s action and termination were handled in accordance with the Texas Based company policies.

Watch: Self-Defense Guns We Got to See Up Close and Personal