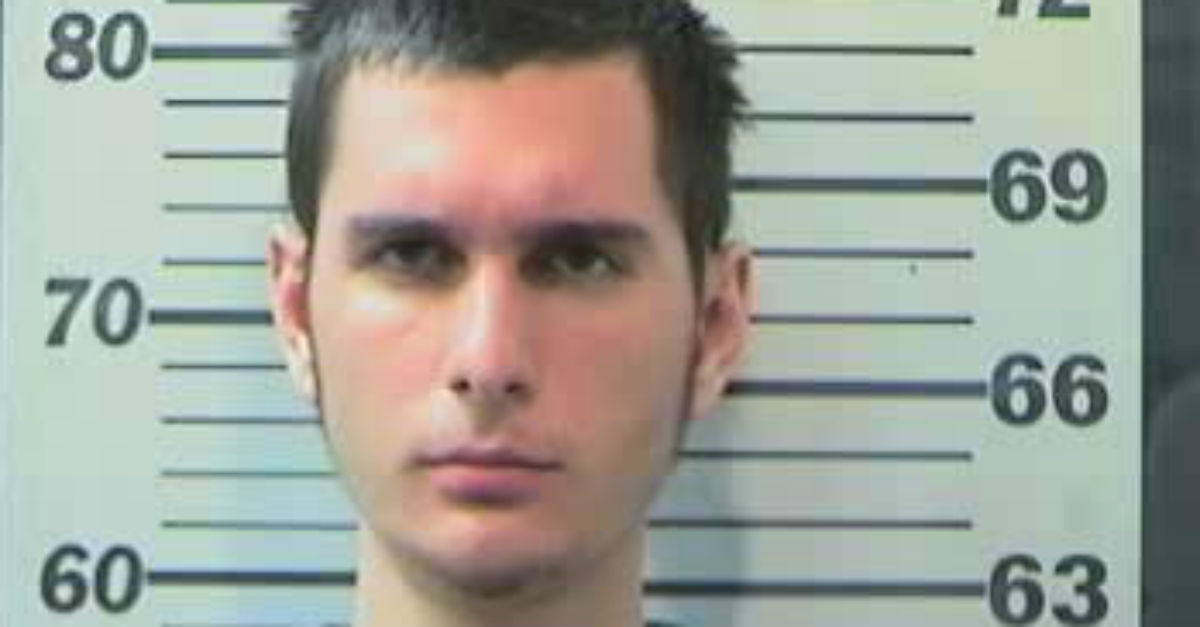 A young Alabama man has found himself on the wrong side of the law after the owner off a horse accused him of inappropriate contact in the stables.

The owner of a 20-year-old mare named Polly caught Daniel Bennett, 18, of Irvington in the stall in a compromising position, reports AL.com. There, Bennett reportedly admitted to attempting to molest the horse.

The owner suspected that this was not Bennett’s first time. In fact, the owner told authorities that she believed Bennett tampered with the horse’s stall several times throughout the month of December.

The alleged incident was referred to the Mobile County Sheriff’s Office.

The warrant Bennett’s arrest listed a misdemeanor offense of bestiality, alleging that he “engaged in or submitted to any sexual contact with an animal, to-wit: a horse.” Following his arrest, he was charged with possession of burglar’s tools, sexual misconduct and second-degree criminal trespassing.

Bennett is currently awaiting trial after a court hearing last Tuesday. The trial is set to begin later in the week.

RELATED: Area man busted for horsing around in a barn with, well, a mini horse