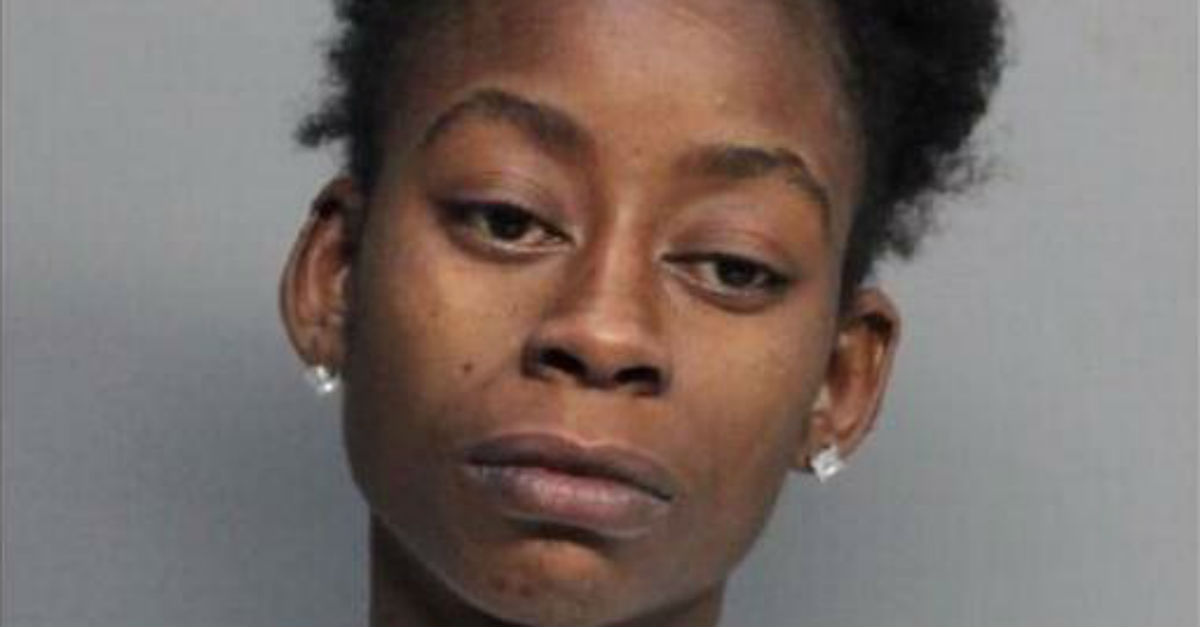 A Florida mother was arrested and charged with first-degree murder and domestic violence after a man discovered the dead body of her daughter in a dumpster.

Authorities are charging Tina Farrington, 31, of Miami-Dade for the murder of her daughter Tania Paige, 4. Farrington told police that she became upset with Paige after the toddler spoke back to her. She suffocated her with a pillow and hid her body in the back of a car for a few days. She then took her daughter out of her trunk and put her in the dumpster. An autopsy is also being conducted to determine Paige’s cause of death.

Alan Tapia, who lives in the same complex as the victim and her mother, was the man who discovered the body. He was attempting to dump his own trash when he saw Paige’s feet sticking out from beneath a Disney blanket. His own daughter, Milagros Tapia, also saw the body when she went to look for herself.

“I didn’t believe that so when I went, I checked and the baby was wrapped in the blanket with signs she was beaten to death,” she said.

RELATED: Justice is about to be served to a couple whose baby was found in a plastic bin

Tapia then told Indira Blanco to call 911. Blanco recalled, “He asked me ‘can you see if she’s alive because you can do the CPR’. I said okay let me see. When I opened blanket, I said no, she was dead.” She described part of Paige’s face as “crushed.”

“Every time I close my eyes I can see her face,” Blanco said.

“She backed up her car and everything and I was like that’s weird that she’s backing up her car to throw away garbage,” neighbor Dahriana Correa said of Farrington, believing that she saw her dumping Paige’s body. “All the sudden you could see her coming down the stairs handcuffed, but she was like okay, like if nothing was happening, like no remorse whatsoever.”

Shocked residents in the complex held a candlelight memorial for the little girl.

“Anything involving a child is always going to be difficult,” Miami-Dade police spokesman Argemis Colome said. “This hits everybody.”