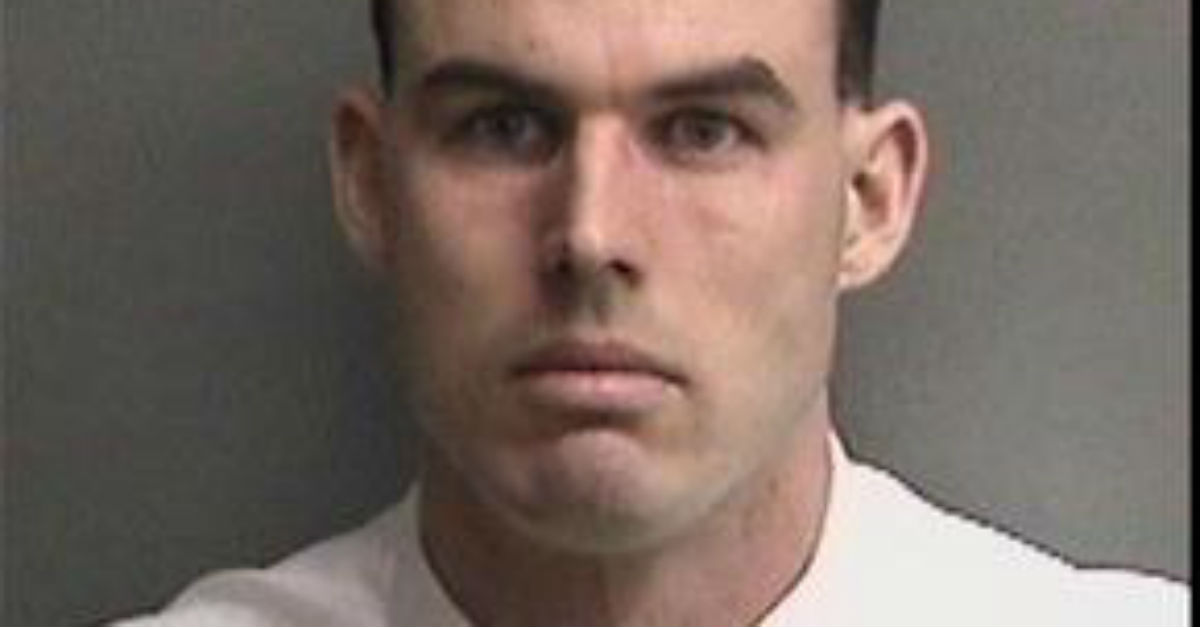 Yet another sheriff?s deputy has been accused of helping facilitate attacks between inmates in California’s San Rita Jail.

Authorities believe that Alameda County Sheriff’s Office Deputy Joseph Bailey, 28, allowed a small group of inmates to attack another inmate in an act of revenge, according to NBC Bay Area. Officials say Bailey and the victim may have gotten into an argument, leading Bailey to place him in a dormitory area where he then suffered the October attack.

“It appears the deputy knew, possibly knew, that when he put this inmate in this location, the likelihood that [other inmates] would assault him was high,” said sheriff?s spokesman Sgt. Ray Kelly, via KTVU. “Maybe as retaliation for retribution, he sanctioned this assault to occur.”

It was reported that the inmate suffered lacerations, severe bruising and a fractured nose.

“The moment I heard of these allegations, I directed my staff to do a complete and thorough investigation. I am confident this single incident is isolated to this individual,? said Sheriff Gregory J. Ahern in a statement.

Bailey was arrested and charged with felonious assault likely to cause great bodily injury and assault under the color of authority.

Having worked for the sheriff’s office since 2015, Bailey was placed on paid leave.

As Rare reported in September, four deputies were arrested for allegedly assisting in carrying out ?sadistic and terrorizing acts? against at least eight inmates. Justin Linn, Erik McDermott, Sarah Krause and Stephen Sarcos faced felony assault charges for opening cell doors, choking inmates, intimidating witnesses and helping plan “gassing” attacks — which make use of urine, feces and other bodily fluids against other inmates.

?These four deputies directed, facilitated, enabled and committed sadistic and terrorizing acts against several men whose protection fell directly within the responsibility of their positions as correctional officers,? said District Attorney Nancy O?Malley in a statement. ?The conduct of these four defendants violates the law, and there is no rational explanation for their actions aside from abject cruelty and a disregard for the humanity of the inmates.?

The arrests came following an investigation launched by the sheriff?s office in January. An inmate also blew the whistle and alerted staff of mistreatment, and authorities interviewed over 40 people in the investigation.

RELATED: The details of a grandmother?s alleged murder by her own nurse?s aid aren?t just bad ? they?re evil