Menu
Follow us
Search
Menu
Search
WASHINGTON, DC - JANUARY 20: Protesters gather around a fire they built in the street as they make themselves heard following the inauguration of President Donald Trump on January 20, 2017 in Washington, DC. Earlier today Donald Trump was inaugurated as the 45th President of the United States. (Photo by Joe Raedle/Getty Images)

Scott Charney, 34, has pleaded guilty to a charge of conspiracy to commit assault as part of a plot to disrupt the DeploraBall during the Trump Presidential Inauguration in January, reports the Washington Times.

Charney was one of three anti-fascist (“antifa”) protesters arrested and charged in the plot, which was organized as part of the DisruptJ20 efforts during the inauguration. Also charged in the plot are Paul “Luke” Kuhn and Colin Dunn. Police arrested the three in January.

RELATED: Hundreds of protesters in Chicago let President Trump know how they really feel, by dropping their pants

All three made plea agreements that included suspended sentences and community service. Should they fulfill the stipulations of their sentences, those agreements will allow them to expunge their records. Charney will be able to expunge his record once he’s completed 48 hours of community service and issued a verbal or written apology to the organizers of the DeploraBall, MAGA3X.

An undercover video recorded by Project Veritas caught the three on camera as they planned to end the DeploraBall by using butyric acid (the liquid in stink bombs) and setting off the sprinklers. Charney, who went by an alias in the video, admitted on camera that wanted to ruin the DeploraBall. 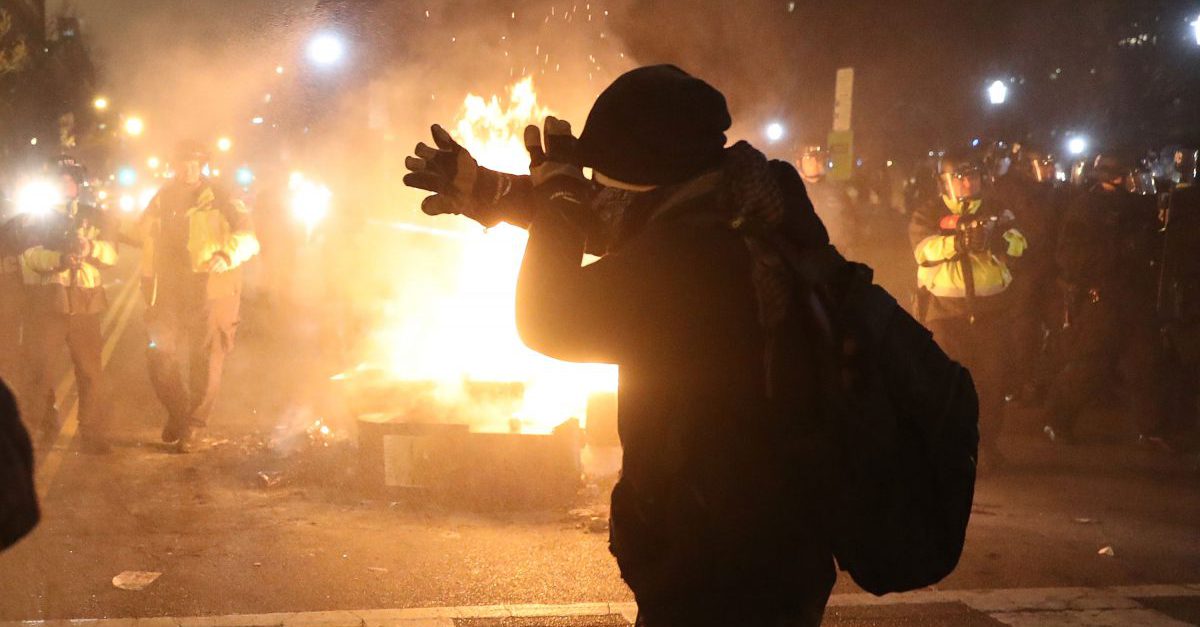