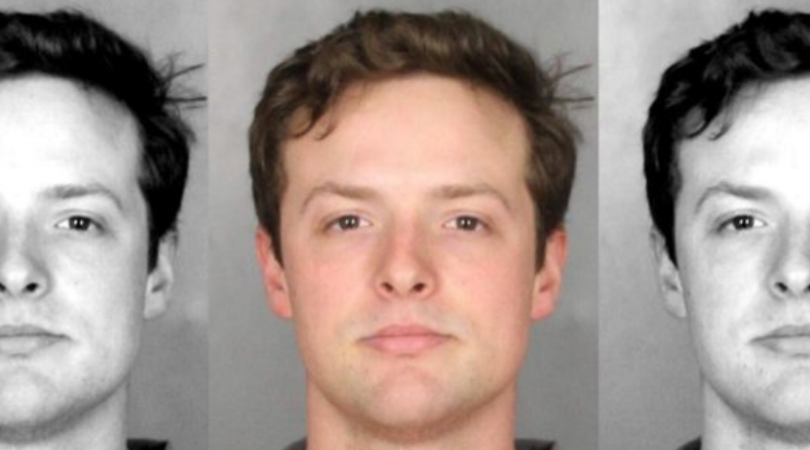 DALLAS (AP) — A woman who says she was raped by a former Baylor University classmate lashed out over a plea bargain that will spare him from a jail sentence, saying the justice system is “severely broken.” Judge Ralph Strother’s decision on Monday to accept the plea deal for Jacob Walter Anderson marked at least the third time the Texas judge has approved probation for men accused of sexually assaulting Baylor students.

The woman said she was plied with a drink of punch at a 2016 party and became disoriented. She said Anderson led her behind a tent and repeatedly raped her while she was gagged and choked. “He stole my body, virginity, and power over my body,” the woman said in court, according to a family spokesman.

This is Jacob Walter Anderson. He was accused of drugging and raping a woman and was just sentenced to a 3 month probation and $400 fine. RT so all women/future employers know this face and name. pic.twitter.com/poMZjtGCU3

Anderson had been indicted on sexual assault charges but the deal allowed him to plead no contest to a lesser charge of unlawful restraint. A no contest plea means a person does not admit guilt but will offer no defense. Anderson was expelled from Baylor after a university investigation. The plea deal allows Anderson to receive deferred probation. The ex-Phi Delta Theta president agreed to seek counseling and pay a $400 fine. He will not be forced to register as a sex offender.

The woman told authorities she was assaulted until she lost consciousness, and police reported Anderson left her alone. Police said the woman had vomited on herself and could have choked to death in the backyard. The woman has not been named, and The Associated Press generally does not name possible victims of sexual assault.

The woman shared her victim impact statement in front of the courtroom this morning.
"Jacob Walter Anderson. It must be horrible to be you. To know what you did to me. To know that you raped me. To know that you ruined my life, stole my virginity & so many other things from me." pic.twitter.com/emuuryQP31

Anderson’s attorneys declined to comment Monday. McLennan County District Attorney Abel Reyna defended the plea deal in October. “This office stands by the plea offered and believes we have achieved the best result possible with the evidence at hand,” Reyna said.

He said evidence did not support the allegation that the victim may have been drugged. Strother, the judge, said Monday that in making the decision, he had the benefit of arguments filed by attorneys on both sides and a background report assembled by a probation department. He said much of the comments he saw on social media or in emails were “not fully informed, misinformed or totally uninformed.” The decision Monday was not the first time Strother has sentenced men accused of sex crimes to probation.

Last year, he sentenced a man to deferred probation after the man pleaded guilty in the 2013 rape of a former Baylor student. The judge ordered the man to pay for the woman’s counseling. The man told police the woman had been drunk, according to an affidavit.

Jacob Walter Anderson, a former Baylor University student, was originally indicted on four counts of sexual assault, and faced two to 20 years in prison and a $10,000 fine. Yesterday, he walked away with zero jail time & a $400 fine. https://t.co/kDT60FIVJ8

Strother earlier this year sentenced a man to felony probation for the sexual assault of a former Baylor student, a punishment that came with 30 days in jail. The man, who was a student at the time and told authorities the sex was consensual, was allowed to serve the jail time on the weekends. Strother did not return a call from The Associated Press seeking comment.

The alleged assault by Anderson happened around the same time that Baylor was engulfed in a sexual assault scandal surrounding its football team in 2016. It resulted in the firing of then-football coach Art Briles and the demotion of the university’s president, Ken Starr. Athletic Director Ian McCaw was disciplined by the school and resigned. The university has since settled several lawsuits from women who said their allegations of sexual assault by football players were mishandled or ignored.

The outrage over Anderson’s plea deal also mirrors reaction to the case involving ex-Stanford University swimmer Brock Turner, who was convicted in 2016 of sexually assaulting an intoxicated woman outside a fraternity party. A judge, in that case, rejected a prosecutor’s demand for a lengthy prison term and instead sentenced Turner to six months in jail. He was released from jail in September 2016 after serving three months.