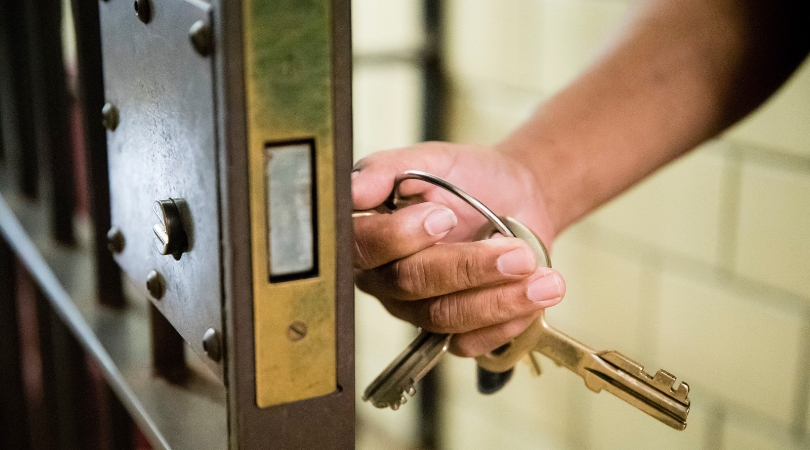 PHILADELPHIA (AP) — Philadelphia has received a $4 million grant to continue lowering its jail population, and city officials said they will focus some of the funding on reducing racial and ethnic disparities in its criminal justice system.

The John D. and Catherine T. MacArthur Foundation announced the winners Wednesday of the second round of its Safety and Justice Challenge grants, including the largest award to Philadelphia. In all, 13 cities and counties will receive between $350,000 and $4 million each to implement criminal justice reforms to reduce jail populations. Twelve others will receive $50,000 grants to start innovative programs aiming to do the same.

Foundation leaders have held up Philadelphia— which received a $3.5 million grant during the first 2016 awards— as an example of success after it announced earlier this year that it had reduced the jail population by about 36 percent in less than three years.

“Having all those stakeholders agreeing there’s a problem and not just having people push on one part of a system … is progress,” said Laurie Garduque, director of the criminal justice program at the MacArthur Foundation. “It really has been Mayor (Jim Kenney) taking the leadership and pulling all the stakeholders together … and everyone acknowledging that they still have a lot of work to do in tackling these disparities and engaging the community.”

City officials stressed the word “challenge” in the grant’s name, saying the process has been a lot of continued work. The city spent months planning for the grant, bringing the different agencies— courts, the district attorney’s office, public defenders, city departments including police— to the table to plan across the system changes that would decrease the jail population and the length of stay in the city’s jails.

One of the most successful changes has been the city’s Early Bail Review program that promises to put nonviolent offenders facing cash bail of $50,000 or less in front of a judge within five days of arraignment. District Attorney Larry Krasner implemented changes when he took office that reduced the prosecution of certain criminal charges, so grant officials said they’re looking at expanding that program to capture more defendants that don’t pose a risk to the community.

“While we have made significant reductions in our local jail population over the last three years, we have seen no measurable change in the representation of people of color in our jail population as compared to their white counterparts,” said Rachael Frumin Eisenberg, project director for the grant. “There’s a concerted effort by all the partners to really redouble our efforts around trying to reduce racial and ethnic disparities, target specific policy and practice changes that will drive down those disparities.”

The city will use the funding to expand community engagement, creating a $200,000 fund to award smaller grants to community-based organizations that serve those impacted by the criminal justice system. It will also form a community advisory committee to make sure the initiatives are meeting the community’s needs.

Additional implementation grants were awarded Wednesday, including to counties in Montana, North Carolina, New York and Missouri and to large cities such as San Francisco.

In Allegheny County, Pennsylvania, home of Pittsburgh, officials plan to use $2 million in challenge funding for efforts including continuing a pilot program that provides public defenders to defendants during bail hearings. Erin Dalton, the county’s deputy director at the Department of Human Services, said that just from the pilot program, the county has seen a 19 percent reduction in cash bond and an 18 percent decrease in jail bookings.

The $50,000 innovation grants were also awarded to jurisdictions across the country from Baltimore to Long Beach, California, to implement programs that do a range of things from connecting re-entry populations to services in Camden County, New Jersey, to connecting female defendants with domestic violence help upon release in Cumberland County, Maine.

Maine Pretrial Services in Cumberland County, which includes the city of Portland, works to secure pretrial release for defendants. Deputy Director Shawn LeGrega said women have access to domestic violence workers while in jail, but lose that connection when they are released. The grant will help continue access to domestic violence aid, such as harm reduction planning and help in filing protection orders.

“We want to see if the additional connection to gender-responsive resources will impact our appearance rate, and our violation rates— the bulk of which in pretrial are related to technical violations,” LeGrega said.

Garduque and others at the foundation hope programs like Philadelphia’s and Cumberland County’s are noticed by other municipalities.”What we’re really doing is working locally on a national problem,” she said. “We hope other jurisdictions can learn from the work that’s being done to reduce mass incarceration and start a national movement.”