‘Game Over’: Robert Durst of ‘The Jinx’ Gets Trial Date For Murder of Susan Berman 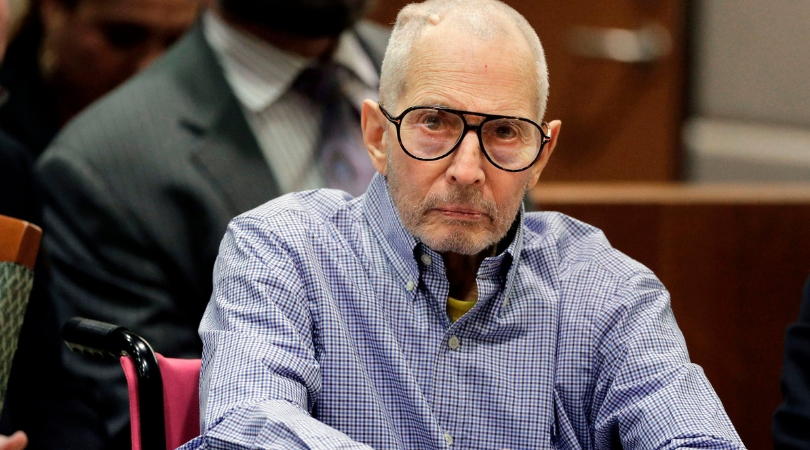 LOS ANGELES (AP) ? New York real estate heir Robert Durst is charged with one count of murder, but will have to defend himself in three killings at trial later this year in California. Los Angeles prosecutors won a victory Tuesday in persuading a judge to allow jurors to hear that Durst killed a man in Galveston, Texas, in 2001, dismembered his body and tossed it out to sea.

Durst was acquitted of murder after testifying he shot Morris Black in self-defense, but prosecutors argued that Black’s death and the killing of Susan Berman in Los Angeles in 2000 were both part of an effort to cover up the slaying of Durst’s wife years earlier.

“That man beat a murder in Galveston,” Deputy District Attorney John Lewin said. “He’s not going to get away a second time.” Durst, 75, faces trial Sept. 3 in Los Angeles Superior Court in Berman’s death. He has pleaded not guilty. Prosecutors contend Durst, who is reportedly worth $100 million, killed his first wife, Kathleen Durst, in New York in 1982 and disposed of her body. She was reported missing and has never been found.

Durst has denied any involvement in the disappearance of his wife, who is presumed dead. But he allegedly told Berman, his best friend, about what he did and she helped him cover up the crime for years, according to testimony at previous hearings.

New York authorities reopened the case in 2000 and planned to talk to Berman, but Durst got to her first, prosecutors said. He ambushed Berman in her home near Beverly Hills and shot her in the back of the head, prosecutors said. Durst, who inherited a fortune from his family’s New York City real estate empire, went into hiding in Galveston disguised as a mute woman living in a low-rent apartment.

He befriended Black, his neighbor, who eventually figured out his true identity. Prosecutors claim Durst killed Black to prevent him from revealing his whereabouts. Durst provided a different story, testifying that Black confronted him with a gun one day and he accidentally shot the older man during a struggle for the pistol. Durst testified that he panicked and dismembered the body and tossed it in garbage bags in Galveston Bay.

Durst’s lawyers argued that it was unfair to present evidence of Black’s killing during the Berman case because he had been cleared by a jury and should not be on trial for the same crime.

“The second the Morris Black acquittal comes before this jury it’s game over,” said defense lawyer Chip Lewis. Judge Mark Windham said he would allow the evidence because the “events seem to be intertwined” and it would be up to jurors to decide if the two killings were part of an effort to dodge New York detectives.

“These crimes happened ? both of them ? during the flight, during the hiding, at the time he believes he’s going to be prosecuted,” Windham said. “He leaves town, and two people are killed.” It will be up to the judge to instruct jurors on what they’re allowed to consider about Black’s killing and the suspected slaying of Kathie Durst in weighing evidence in the Berman case.

Peter Johnson, a defense lawyer and law school lecturer at University of California, Los Angeles, said that evidence of two other deaths would make for a difficult defense.

The documentary examined the disappearance of his wife and the killings of Berman and Black. The HBO series created a sensation after Durst was heard during the finale muttering to himself on a live microphone: “You’re caught! What the hell did I do? Killed them all, of course.”

It’s not clear yet whether jurors will hear that recording, though it’s now likely they will hear testimony linking Durst to three deaths.