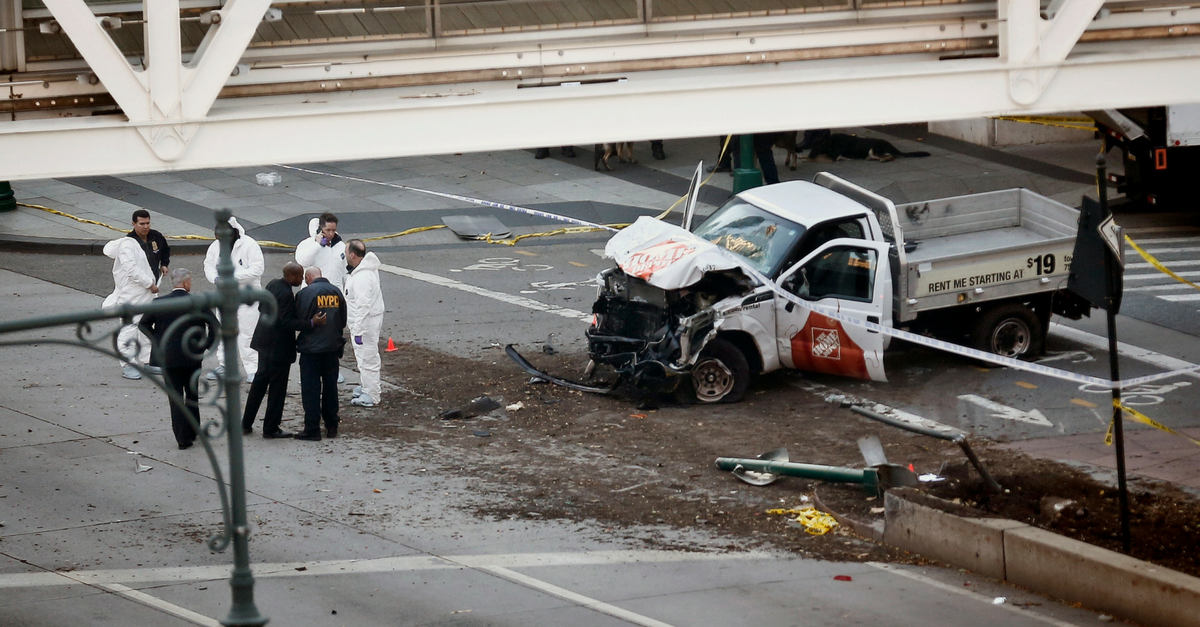 Police found a note near the truck of Sayfullo Saipov after he killed eight during a terror attack in New York.

Authorities said that the 29-year-old Uzbek national claimed the attack in the name of ISIS in a handwritten note, which was written in English. Saipov also used the note to declare his allegiance to the Islamic State. Law enforcement believes Saipov was inspired by the terrorist group, not directly ordered to carry out the attack.

Gov. Andrew Cuomo revealed Wednesday that Saipov, who resided in several American states including Ohio, Florida, and New Jersey, was “radicalized domestically.” Cuomo told WCBS radio in an interview that “All you need is a vehicle, a car, a truck,” adding, “The Internet is now the training ground.”

On Tuesday, Saipov drove a rental truck in a bicycle lane to mow down unsuspecting pedestrians. He then exited his vehicle to brandish two imitation guns. An NYPD officer subdued him by shooting him in the stomach.

Eight died in the attack.