Big Mac and a side of crack: McDonald’s manager sold drugs on the job, police say 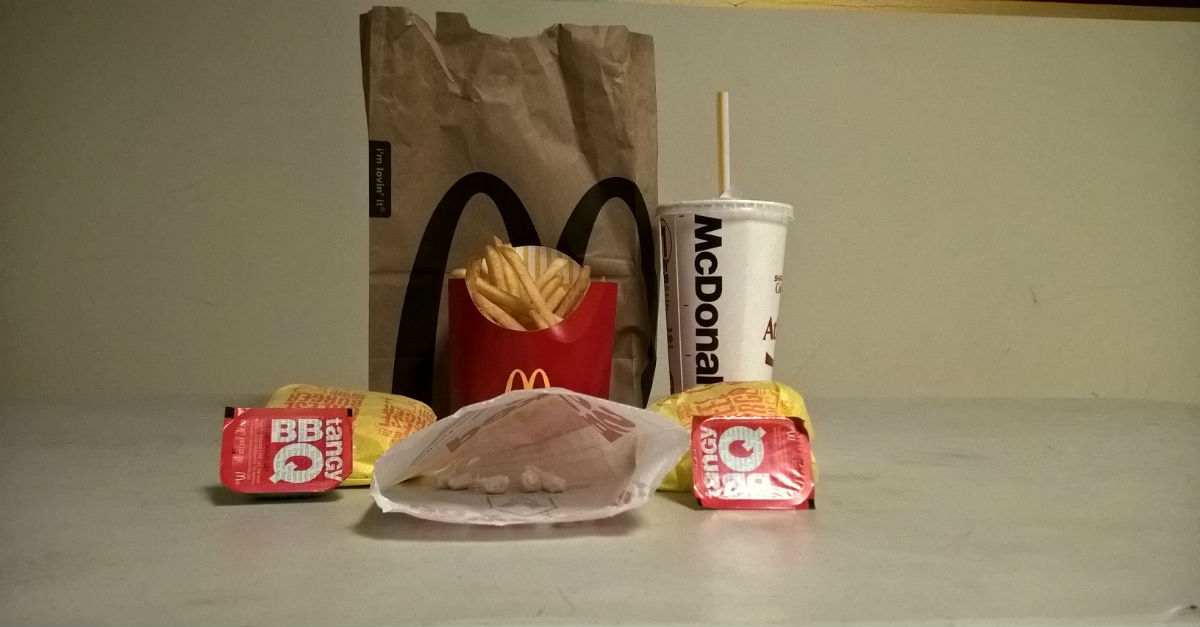 A McDonald’s manager was arrested after police say they found out he was selling more than just Happy Meals.

Frank Guerrero, 26, of the Bronx was arrested by police for allegedly selling cocaine and crack out of the McDonald’s where he worked as a night shift manager for eight years. Guerrero is believed to have sold about $10,900 worth of contraband to an undercover officer on at least eight occasions. In some of the sales, authorities say, Guerrero placed the drugs in a cookie bag, which he then added to an order of burgers and fries.

Prosecutors said that Guerrero would hide the drugs in soap dispensers before bagging them and handing them to customers.

“Guerrero’s conduct was so blatant, it would be comical if he weren’t committing a serious narcotics crime,” added Special Narcotics Prosecutor Bridget Brennan. “Ordering coke took on an entirely different meaning on the night shift at this McDonald’s.”

Authorities claim they discovered 200 grams of cocaine in Guerrero’s home and about $5,300 in cash inside of his 2-year-old’s bedroom dresser. Both Guerrero and the 24-year-old mother of his child were arrested and face drug charges.