While many deaths are still under investigation and some may be reclassified, it appears that the city of Chicago will end a bloody, violent 2016 at just under 800 homicides, according to a report from the Associated Press.

The city is witnessing gun violence levels not seen since the Nineties. In 2016, someone was shot about every two hours in Chicago, Illinois. Shootings claimed two lives a day.

RELATED: Christmas carnage brings number shot in Chicago to over 4,300 on the year

That total is greater than New York’s and Los Angeles’ homicide rates combined. In fact, the Chicago murder rate is so high that it will push the national murder rate up by over 13% for 2016. Barely two in 10 Chicago homicides get solved—the Chicago Police Department had a 2016 homicide clearance rate of around 20%, meaning that just 20% of recorded homicides were resolved with an arrest of a suspect and a conviction. The CPD says attacks on officers doubled.

AP also reports that shooting incidents (fatal and nonfatal) went up by 1,100 from 2015, the largest spike in 60 years.

After the imposition of new paperwork requirements for police stops and fallout from the Laquan McDonald shooting, stop-and-frisk searches by Chicago police initially plummeted in the city.  Violence in the city shot up around the same time. But Chicago police went on to seize some 8,300 illegal guns last year, a 20% increase. Five districts on the city’s south and west sides accounted for the 65% spike in homicides.

The CPD blames the violence on a steady flow of illegal guns into the city, while others in the city cite a justice system they say usually returns killers to the streets.

There was no reprieve in the new year: It took just four hours and 25 minutes to record the city’s first homicide of 2017. 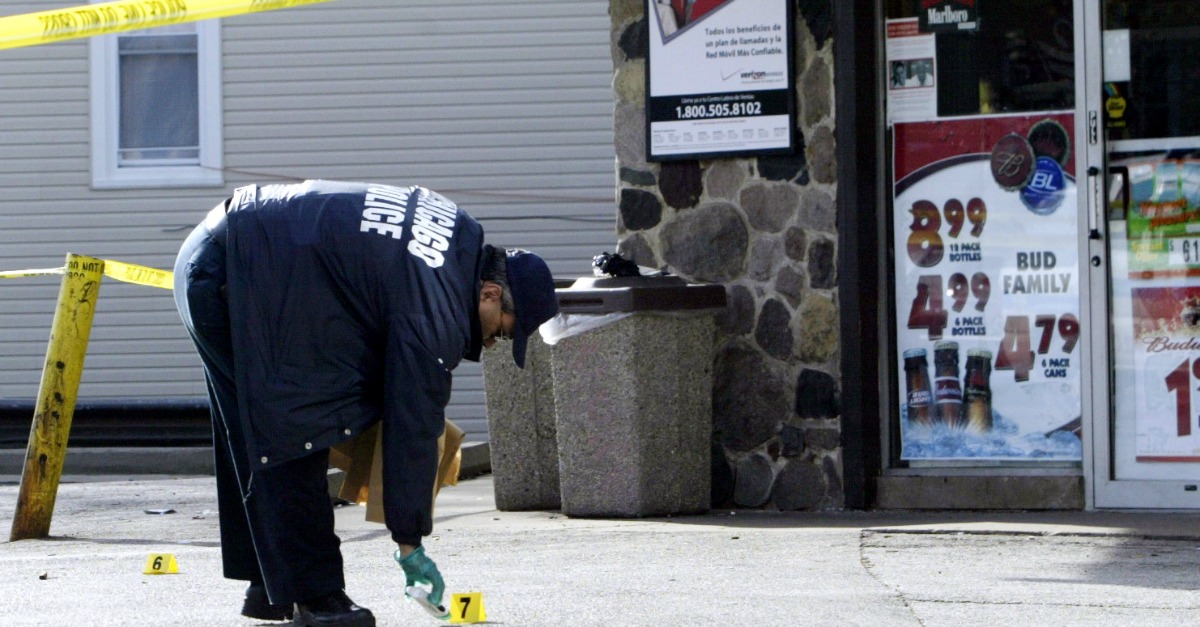