Menu
Follow us
Search
Menu
Search
FORT LAUDERDALE, FL - MARCH 14: Rep. Debbie Wasserman Schultz (D-FL) speaks to the media about, 'President Trump's budget crisis', at the Fort Lauderdale-Hollywood International airport on March 14, 2017 in Fort Lauderdale, Florida. The congresswoman criticized the proposed cuts to the TSA, FEMA, and NOAA as well as the changes to the Affordable Care Act. (Photo by Joe Raedle/Getty Images)

A bombshell series of reports first reported in the Daily Caller names Abid Awan, Imran Awan and Jamal Awan, as well as Imran’s wife Hina R. Alvi and Abid’s wife Natalia Sova, as the previously-unnamed staffers at the center of a widening criminal probe by U.S. Capitol Police. The five are under investigation for severe and potentially criminal abuses of the House of Representatives network, including unauthorized and untraceable use of the network, stealing Congressional property, accessing congressional computers and files without permission, and downloading that information onto a private, offsite server.

All five have had network access severed; most have lost their jobs. But new details reported by the Daily Caller illuminate the worrying depth of the scandal, even as former DNC chair Debbie Wasserman Schultz refuses to terminate Imran Awan, in contrast to most of her colleagues.

Imran Awan was the first of the family to be hired. He was hired to perform House IT work in 2004 for then-Rep. Robert Wexler (D, FL). Brothers Abid and Jamal, as well as Imran’s wife Hina Alvi and Abid’s wife Natalia Sova, were hired years later to work as “shared staff” among Democratic members of Congress including Rep. Joaquin Castro (D, TX); Rep. Tammy Duckworth (D, IL); Rep Lois Frankel (D, FL); Rep. Cedric Richmond (D, LA); Rep. Andre Carson (D, IN); and Rep. Jackie Speier (D, CA), along with “dozens” of other House Democrats, according to the Daily Caller. Under this arrangement, members shared the family’s time and jointly contributed to their paychecks.

RELATED: After stepping down over corruption, Debbie Wasserman Schultz praised a “by the books” primary

Many of these members serve on House Intelligence, Armed Services or Foreign Affairs committees, handling sensitive (and potentially classified) information. Rep. Tammy Duckworth was a member of the Benghazi Committee as well.

Coverage of the criminal investigation says all four had “full access” to the “correspondence, emails, [and] confidential files” of the members they worked for and engineered House networks to disarm the technology used to track every keystroke made by those accessing the House of Representatives network. Having removed that protection, no one can say for sure how much the five accessed or downloaded. They collected millions of dollars in pay over the course of their employment; Jamal, just 20 years old, had an annual salary of $160,000.

The Awan brothers loved to spend the money they made, and it got them into serious financial trouble. By 2009, the family was running a “full time car dealership,” too. Abid contributed $250,000 in seed funding and assumed day-to-day operations of the business, according to the Daily Caller. He was still employed by House Democrats at this time, earning a $165,000 annual salary for his work. In court documents, Abid is named as the sole operator of the dealership. He “would put cars on the lot, take them in consignment, sell them, do all the title work, and get money from the retail sale.” Emails provided as part of court proceedings show the brothers attending car auctions on weekdays as well, at the same time they were allegedly working for House Democrats.
Despite the money coming in, they struggled to keep the dealership afloat, and the Awan family brought in investors and found other ways to sustain the scheme. Rao Abbas, a man to whom the Awan family owed over $150,000, threatened to sue but later withdrew his suit. He was put on the congressional payroll to the tune of $250,000 as of just last year. The family also accepted a $100,000 loan from an Iraqi national, Dr. Ali al-Attar, that wasn’t paid back. The Daily Caller reports that Dr. al-Attar is an Iraqi politician who has been tied to Hezbollah by American intelligence and has been charged with defrauding Medicare and Medicaid. They report that the FBI raided his office in 2009.
Finally, Abid declared bankruptcy in 2012, citing more than $1 million in liabilities. He kept ownership of two houses in the bankruptcy, however, and brother Imran (who ran the dealership at times) also kept his property.
When asked for comment by Politico, Debbie Wasserman Schultz referred the paper to an emailed statement from her staff, which reads: “At this time we are continuing to gather information from House officials and will determine the best approach to move forward once we have reviewed that information.”
Wasserman Schultz continues to keep Imran Awan on her payroll in an “advisory” role.
RELATED: The DNC’s Debbie Wasserman Schultz drama continues with the latest embarrassing announcement 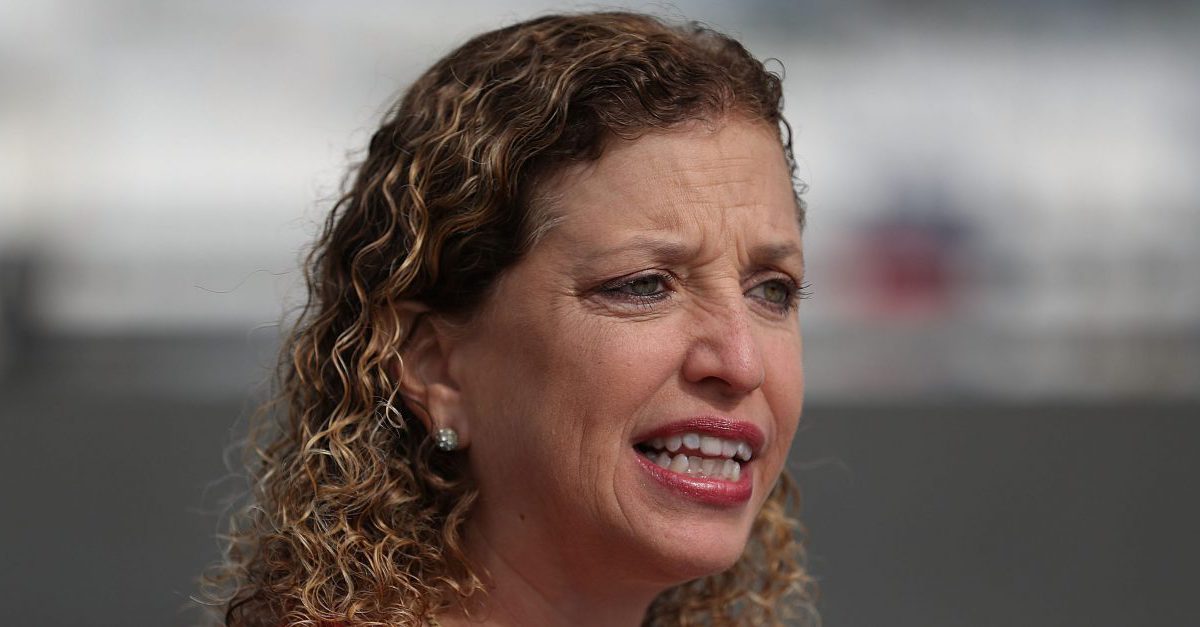