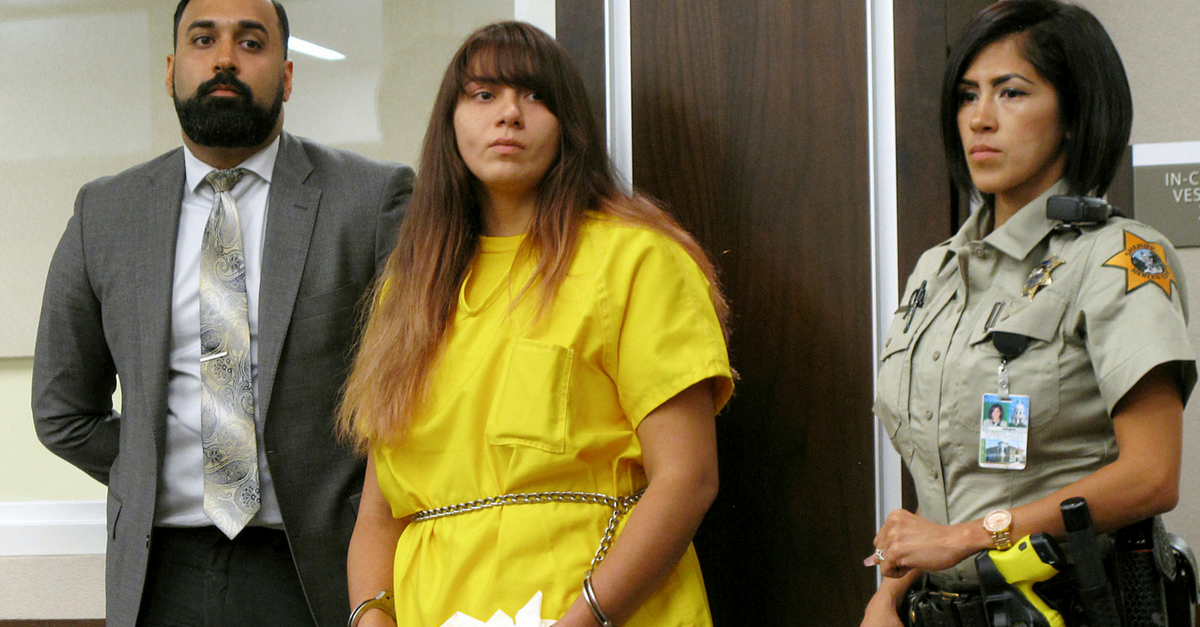 Obdulia Sanchez, 19, was sentenced to serve over six years in prison on Thursday after livestreamed on Instagram her own drunk driving accident that took her 14-year-old sister’s life.

“I would like to say I’m sorry and that if I could take your place, I really would,” she read an emotional letter in court. “I wanted her to be smarter than I was, and now she’s dead. It should’ve been me. Never Jackie, and never Manuela.”

The California teen was charged with drunk driving and vehicular manslaughter following the July crash that killed her younger sister, Jacqueline. In the video of the crash, Sanchez could be seen singing along to music before swerving off the road. She continued filming as she kneeled next to her sister’s dead body, saying, “I killed my sister, but I don’t care. I killed my sister. I know I’m going to prison, but I don’t care.”

RELATED: Drunk-driving teen who live-streamed her sister’s death says she did it for a good reason

During her trial, prosecutors revealed that Sanchez’s blood sample indicated that she was under the influence of alcohol and had traces of marijuana and cocaine in her system. They also argued that her language in the video suggested a total disregard for her sister’s death. Her attorney, however, argued that her words were a cry for help.

“What she’s saying is that she doesn’t care what the consequences are, she just wants someone to show up and help her sister,” Attorney Ramnik Samrao said.

While they had asked for probation for their daughter, Sanchez’s parents thanked the court following her sentence, with her father acknowledging, “Lula did something wrong, and she knows and she accepts everything and she do it.”

“I’m going to jail for life. I understand that I don’t care,” Sanchez ended her letter.

RELATED: “I killed my sister, but I don’t care” — teen allegedly driving drunk live streams the car crash that took her sibling’s life