Florida sheriff promises a “safe” shelter from the hurricane: prison 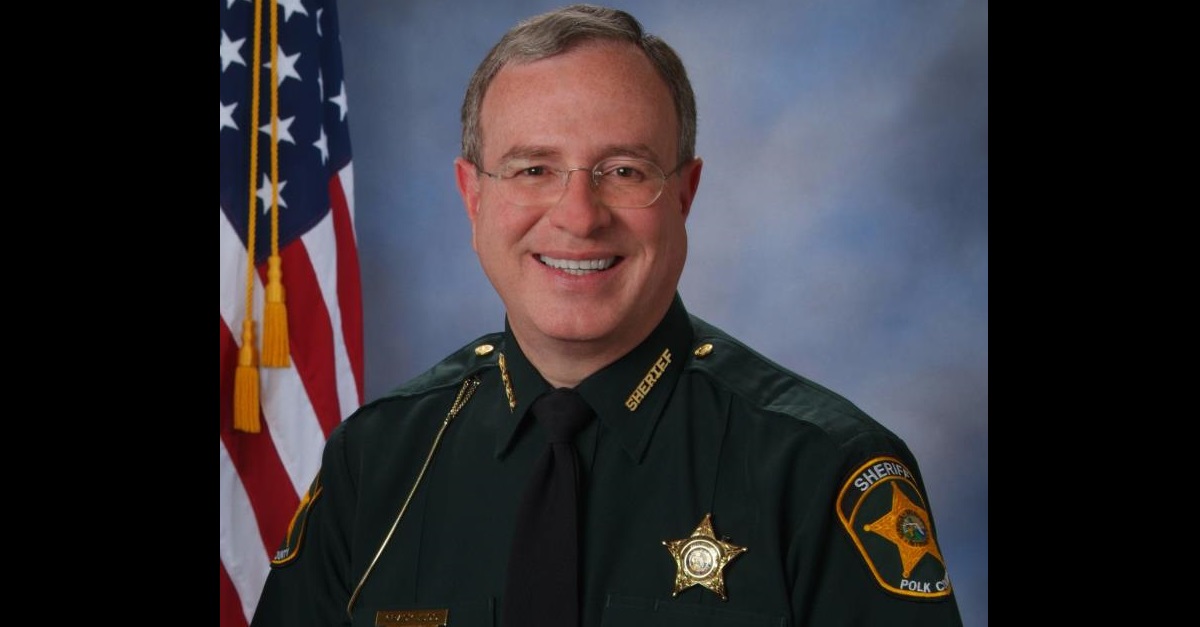 A Florida sheriff has created a storm of his own after tweeting that his deputies would be arresting and incarcerating anyone with open warrants who sought shelter from Hurricane Irma.

The historically gigantic storm is currently pummeling Puerto Rico and other islands in the Caribbean. It is expected to hit Florida by Sunday, per ABC News.

Polk County Sheriff Grady Judd originally tweeted that his deputies would be checking IDs at shelters in order to separate children and families from sexual offenders.

We cannot and we will not have innocent children in a shelter with sexual offenders & predators. Period. https://t.co/DlhqjqFrkM

RELATED: A former CIA agent can’t take Trump’s tweets anymore, so she’s trying to buy Twitter and ban him herself

But then he added to his original tweet with a smug promise.

If you go to a shelter for #Irma and you have a warrant, we'll gladly escort you to the safe and secure shelter called the Polk County Jail https://t.co/Qj5GX9XQBi

Announcing an intention to “lock up” anyone with an outstanding warrant may have the effect of discouraging people from seeking shelter, reports Business Insider, and may lead to additional deaths and injuries from Hurricane Irma — the second-strongest storm ever recorded in the Atlantic Ocean.

The Florida ACLU condemned the sentiment, saying “Sheriff Judd’s threatening tweets send the message that these individuals must choose between facing a natural disaster without aid and shelter or going to jail over things like unpaid traffic tickets.”

The statement concluded with: “Sheriff Judd should be working to prepare his community, not burnishing his Joe Arpaio-style ‘tough cop’ credentials.”