UPDATE: police are now saying that the woman, identified as Cheyanne Willis, was not pregnant and can only speculate as to why she claimed to have lost her unborn child, and why a gender reveal party was being held.

Nine people, including three children, were shot; an adult woman is dead, and the mother-to-be, who was shot in the leg, suffered a miscarriage.

They were said to be watching TV at the time.

RELATED: We’ve learned the identity of the man believed to have assassinated an NYPD cop

A witness’ 911 call, reported by FOX19, describes the chaotic scene at the home in Ohio’s Colerain Township: “Two guys just came in and shot people in the house […] There was little kids hurt and everything. I was sitting in my car. They just ran in and started shooting. There’s a pregnant girl here.”

The witness says the two shooters were in all black and wearing hoods. They’ve not been identified by Colerain Township police; two cars were towed from the scene, but FOX19 says police are still establishing a motive and pursuing leads.

The Colerain Township Fire Department had to summon backup from area fire departments, as they did not have enough ambulances to handle all victims.

The mother to be, whom the Daily Mail identifies only as Cheyanne, had just learned the sex of her child that morning. 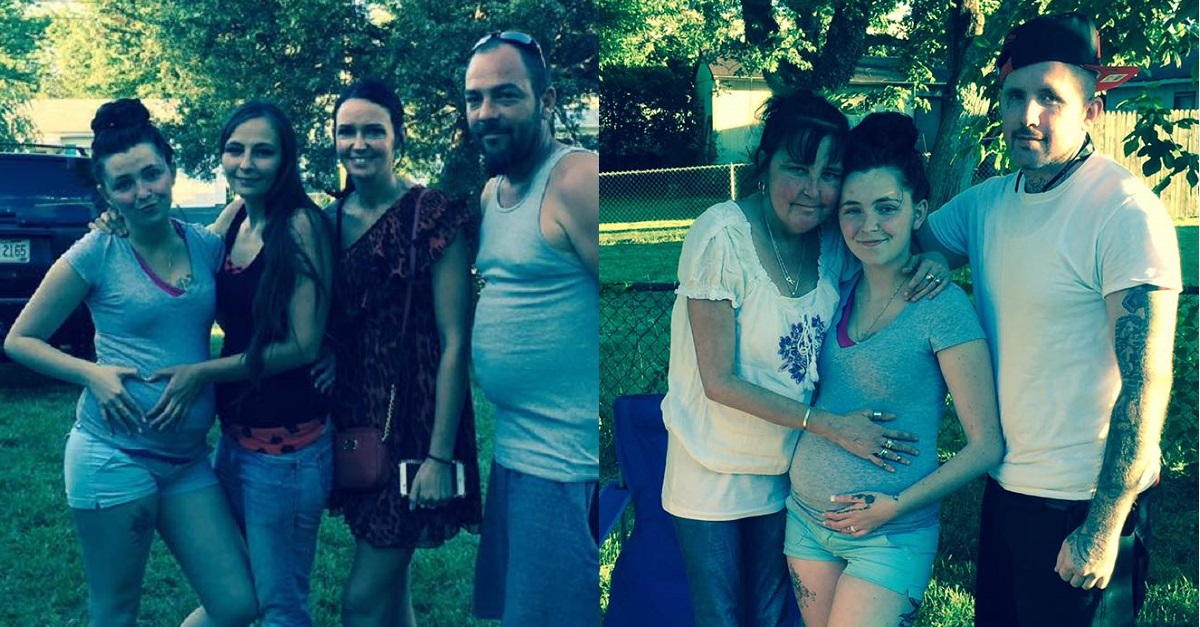