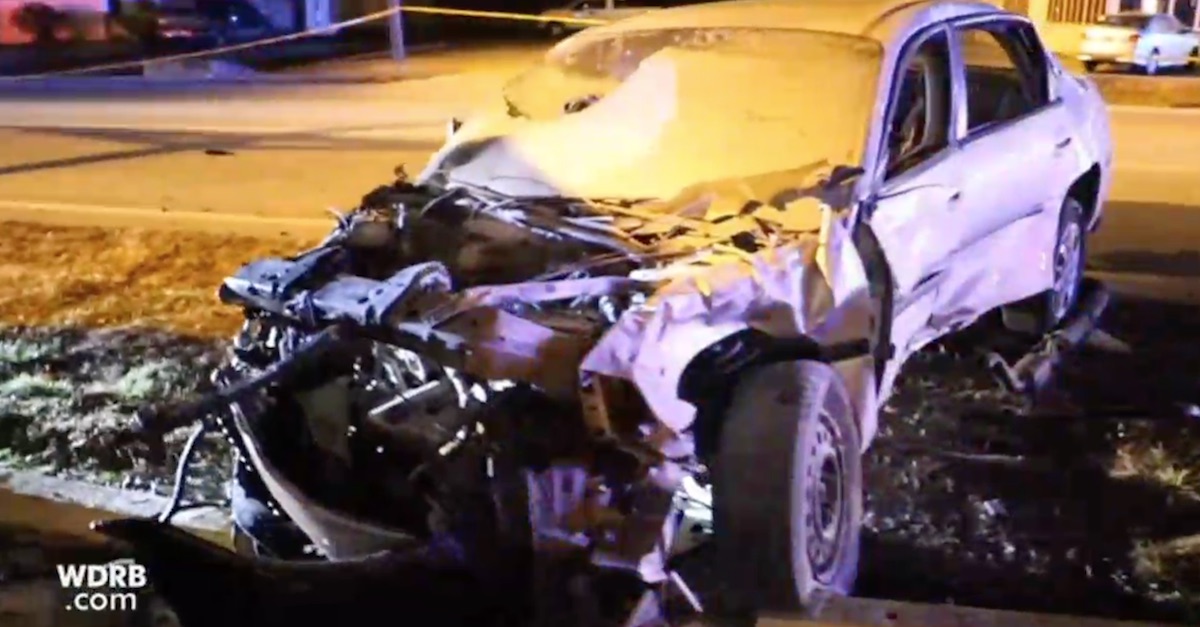 Officials in Louisville, Kentucky, have released images that show the terrible toll of driving under the influence. On Jan. 29, Chad Erdley plowed through the crowd outside a nightclub, killing two people, before he crashed into a food truck.

WDRB released the photos but reported that many of them were too graphic to post on their site.

RELATED: The tattoo artist who allegedly shot and killed a cop trying to save him has been identified

At the police station, Erdley tested positive for alcohol, though he was not above the legal limit. When police decided to take his blood, Erdley refused and said blood tests are “unconstitutional.”

“Blood tests are unconstitutional. I know my rights, man,” Erdley said on the night of his arrest. “I mean, I’ll get Bart Adams, whoever I have to get down here. Maury Comer.”

“I ain’t do anything illegal. I ain’t kill nobody. I ain’t assault nobody. I didn’t do nothing to nobody,” he added. “Since f’***ing Trump’s been in there, seven days, f***ing pigs don’t f***ing cooperate with nobody. F***ing tired of it.”

Erdley did, in fact, kill two people that night.

The 37-year-old has been charged with two counts of murder and seven counts of assault and wanton endangerment as well as a DUI charge. He has a criminal record that began in 1999 and includes a number of drug and alcohol charges.

Erdley, said to have been traveling between 80 and 84 MPH when he lost control, was found to have three Xanax pills in his possession.

RELATED: Two kids were recorded on Snapchat using a stun gun on a helpless kitten and laughing about it, but here?s the good news

The judge set his bond at $250,000 and stated that she believes that he is a “danger to the community.” The victims have been identified as a woman and man, 45-year-old Jennie L. Burton and 49-year-old Stacy G. Walker respectively.