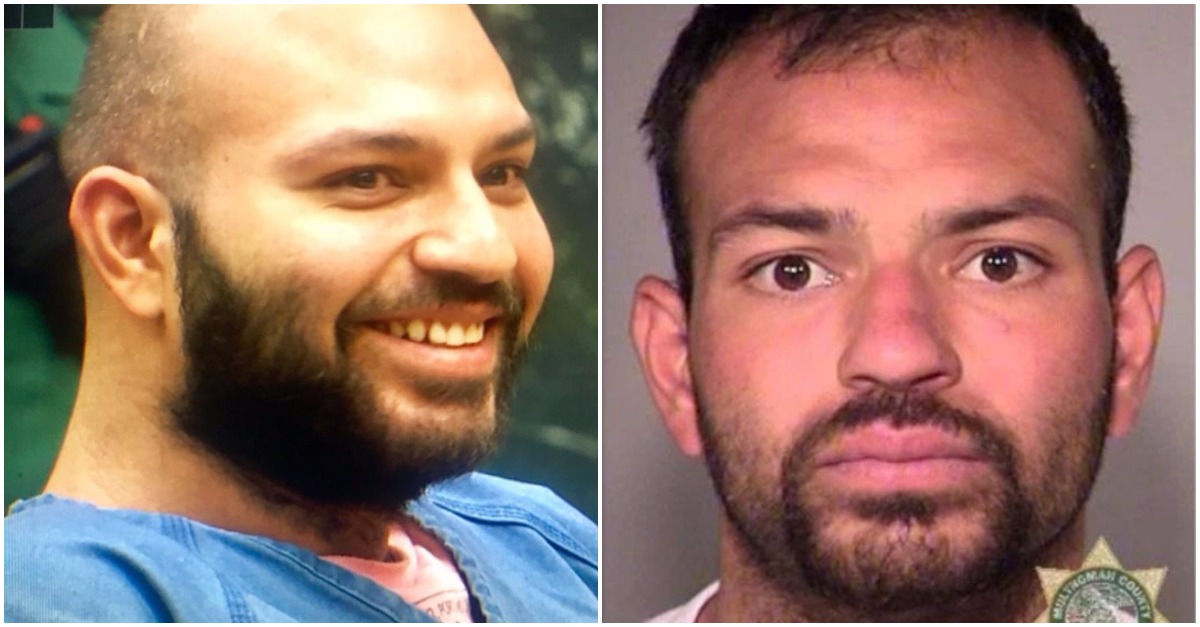 Sergio Jose Martinez, who was deported from the United States 20 times, was sentenced to 35 years in prison on Friday for attacks on two women in Oregon, and in the courtroom, he remained defiant.

After he was sentenced, Martinez grinned at the victims’ families and told them, “I’ll see all you guys in Hell.” In the courtroom, a daughter of one of the women spoke to him, saying, “You deserve more punishment than you have received here. We don’t feel that justice has been served with this or any possible sentence. The only consolation is that a dangerous person is no longer in a place where he can hurt people because you have been caught, and you are going to jail.”

RELATED: Now we’ve seen the video of what a cop did to his ex, and it’s just as disturbing as we imagined

Another relative told him “no sentencing is enough…I rather you rot in hell,” KOIN reports.

The first attack happened in July when he broke into the home of a 65-year-old woman and sexually assaulted her. Following the attack, he fled and stole the victim’s car. Police were hunting him down for that crime when he kidnapped another woman.

Tragically, Martinez should not have been in the country and managed to slip through the fingers of law enforcement. The Associated Press reports that only a week before the attacks, he was released from a jail in Portland despite ICE officials telling the sheriff’s office to hold him so they could deport him.

Oregon is a sanctuary state, which means that law enforcement officers cannot detain people just because they are in the United States illegally. If an illegal immigrant is suspected of committing a crime, he can be arrested just like any citizen. Sheriff Michael Reese, who had custody of Martinez, said that his men could not legally hold the immigrant, adding that if ICE had sent over a signed warrant, he might have been able to keep him.

Martinez’s lawyer says that he is mentally ill and pointed to the recent Kate Steinle decision as influencing the case. He explained, “Unfortunately, after Zarate got acquitted, Martinez is now the boogeyman of the face of immigration.”

The 31-year-old immigrant pleaded guilty to a slew of charges, including sodomy, kidnapping and sex abuse. A spokesperson from ICE said that they will deport him when he finishes serving his sentence but that won’t be for a long time. Martinez has to serve the full 35 years because Oregon has mandatory minimums on certain heinous crimes.