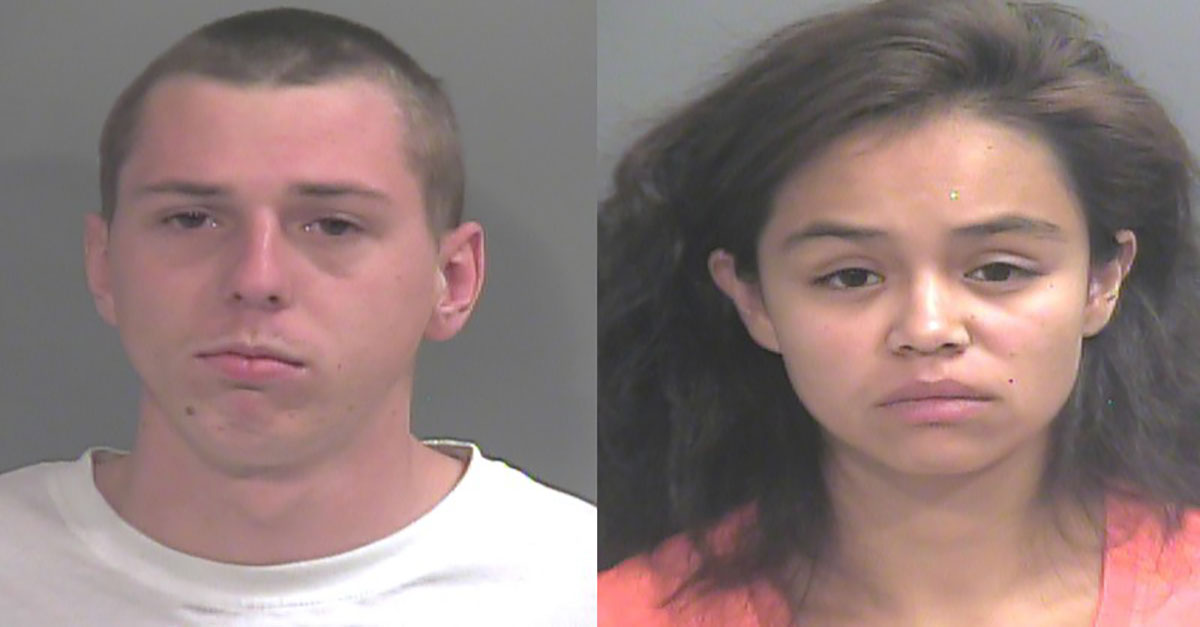 An Arkansas couple have been charged after police said they found the body of the woman’s 1-year-old child in a storage container in the couple’s bedroom closet.

Tyler Hobbs and Maria Giron-Molina were both charged this week with abuse of a corpse. Hobbs was also charged with first-degree murder, Arkansas Online reported.

Hobbs had told police that the baby had fallen down the steps a few days earlier and started seizing, Northwest Arkansas Democrat-Gazette reported. He claims that he tried to revive the child, but failed, police said.

Police said they believe the child died on Oct. 15 and was found in an “advanced state of decomposition” on Oct. 30 after Hobbs turned himself in. The boy’s body was in a plastic container, and the container was covered with blankets, KFSM reported.

RELATED: Jury indicts mom who gave thumbs up in court after allegedly killing her husband and kids

Hobbs told police a different story after being interviewed, saying that the baby was crying uncontrollably while he suffered from a headache, Arkansas Online reported. According to the report, Hobbs said that the child also knocked down a picture frame and a lamp. Out of anger, Hobbs told police that he covered the child’s mouth with his hand to quiet the baby’s crying. The baby hit and scratched him, and Hobbs said he shook the child, police said. Hobbs said that he had blacked out and when he awoke, the child was not breathing, according to police.

Hobbs admitted to police to being under the influence of marijuana during the incident, Arkansas Online reported.

Officials are examining the child’s remains to find out what killed the baby, Arkansas Online reported. KFSM reported that police reported bruising near the baby’s jaw, eyebrow and eye.