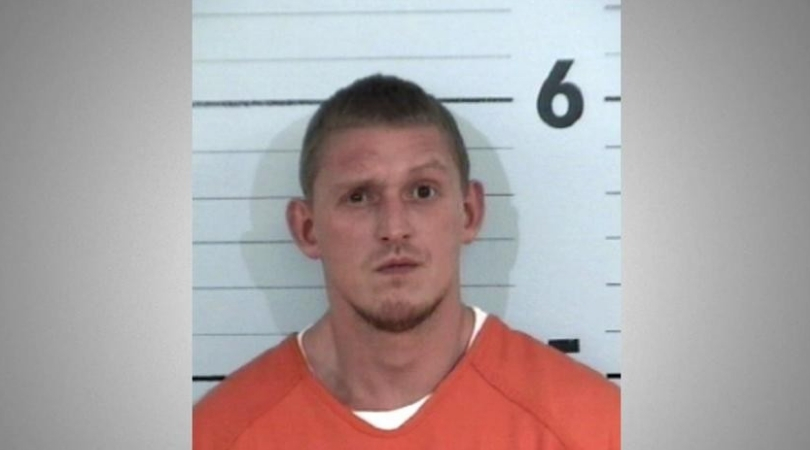 It looks like 33-year-old Kyle Ryan Elliott just wanted to keep his night going, by drinking in the back of a cop car! Elliot was arrested and charged with driving while impaired, failure to maintain lane control, failure to stop at an appropriate marked stop, failure to comply with license restrictions and a DMV address change violation. Not only that but after his arrest, Elliot reportedly got angry at the officer for not sharing a bottle of Fireball Whiskey that had confiscated during an earlier stop! Now that’s what I call living it up!

This man not only drank the worst possible drink on the face of the planet, but he begged the officer to give him a swig…while sitting in the back of the cop car. So classy, a true American dream. According to the police report, officers were initially called down to the Downtown Morganton Sports Bar in Valdese North Carolina for a medical call, saying a woman was beyond the levels of drunk and was having diabetic problems. The caller said that a man grabbed the woman out of the bathroom and took her outside.

When the patrol car arrived at the scene, a bouncer told police Elliot was in the parking lot, and authorities saw his truck leaving with the woman’s head stuck out of the passenger’s side window and was throwing up. After the officer stopped the vehicle, Elliott told him he was taking the woman home to get her the diabetes medicine she needs to stay alive. Obviously not letting the man go anywhere, EMS was called to the scene and medically cleared the woman, and was then taken home by another officer.

What happened to Elliot? Well, the officer stated the North Carolina man had glassy eyes and could smell alcohol on his breath. He tested positive twice for alcohol from a breathalyzer and failed a field sobriety test. The officer placed Elliot into the back of the car, where he confessed he was indeed intoxicated but was only trying to help the woman. He then saw a bottle of Fireball Whiskey in the front floorboard of the car and told the officer, “You could have shared, I am already drunk.”

This is amazing, drunk people have no shame at all. Bold move, Elliot, I will totally give you that. My question here is…I wonder if the officer kept the bottle for himself? Whatever he decides to do with it, I hope he had a good laugh. I know I did.