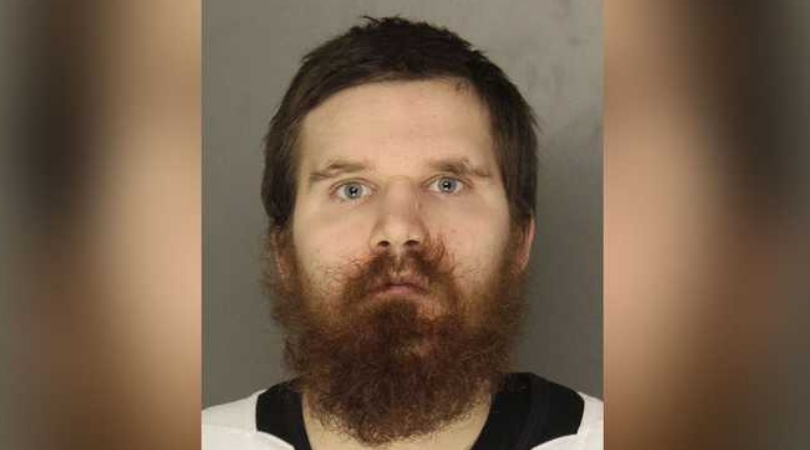 A Pennsylvania man, who miraculously is not named Scrooge, but rather Clayton Lucas, was arrested and charged with aggravated assault after allegedly choking a driver who wouldn’t stop singing out-of-season Christmas songs. What song was the unidentified driver singing? Well, he didn’t tell police, which makes me think that it might have either been Deck the Halls or Drummer Boy. Because we all know that those can get quite annoying after the third time around.

This is 25-year-old Clayton Lucas. He’s facing multiple charges after he allegedly choked another man for singing Christmas songs as he was driving his car. Details at Noon. @kdka #KDKA pic.twitter.com/gE8ax1u8og

According to authorities, the 25-year-old was being driven from a halfway house to a treatment class, when the music set him off. Lucas got so upset the man was singing these type of songs in March, that he allegedly reached around the driver’s seat and began to choke him to the point where he almost lost consciousness.

When Pennsylvania State Police arrived and tried to arrest Lucas, the troopers said he wouldn’t cooperate and refused to listen to orders. The state trooper tried to handcuff Scrooge and after several verbal commands he ended up having to “sweep Lucas’ legs” out from under him to gain control of the situation. Lucas was arrested on an aggravated assault charge and held at Allegheny County Jail.

Talk about waking up in a bad mood! I know Christmas is more than 250 days away, but some people actually enjoy listening to Christmas music. You could have just asked the man to change the station instead of choking him. A little excessive there. Honestly, if I was the state trooper, I would have played Christmas songs all the way to the station just to see how he would react.

Editor’s Note: This article was originally published on March 11, 2019.