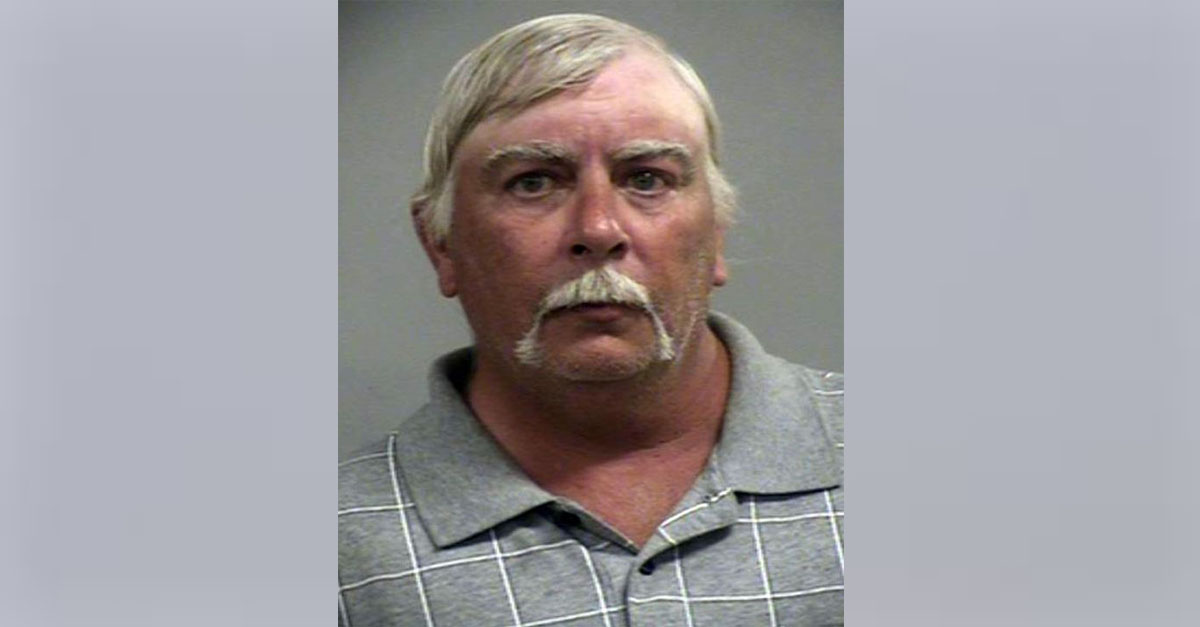 A Louisville, Kentucky man in desperate need of better alibi ideas found himself in trouble after he was arrested for exposing himself to a woman in the park at night, according to local police.

Police arrived at the scene after reports that a man was pleasuring himself in the bushes at Lannan Memorial Park, and when they arrived, the public masturbator fled on a moped.

Later, the man was spotted driving nearby (not hard to do considering his mode of transportation) and police were able to arrest 53-year-old Robert McCoy. According to WDRB, McCoy admitted to the allegations that his penis was exposed in the park, but he told police that he “had an explanation.” McCoy claimed that he was simply urinating in the park, not publicly pleasing himself, when his pants fell all the way down, as pants are wont to do when one goes pee in a park at night. At that point, in an instance of extremely unfortunate luck for both McCoy and the woman who ended up getting an eyefull of McCoy’s pants hog, a groundhog popped up out of the ground and frightened him, causing him to expose himself to the victim.

The woman who was at the scene, however, told a very different version of the story. She says that McCoy was following her and a group of friends and “making motions consistent with a sex act.” When she turned around to face him and presumably say something along the lines of, “Please get the hell away from me,” she realized that his pants were down and his penis was exposed.

McCoy was charged with first-degree sexual abuse, which is a felony.

This story was originally published August 12, 2017.