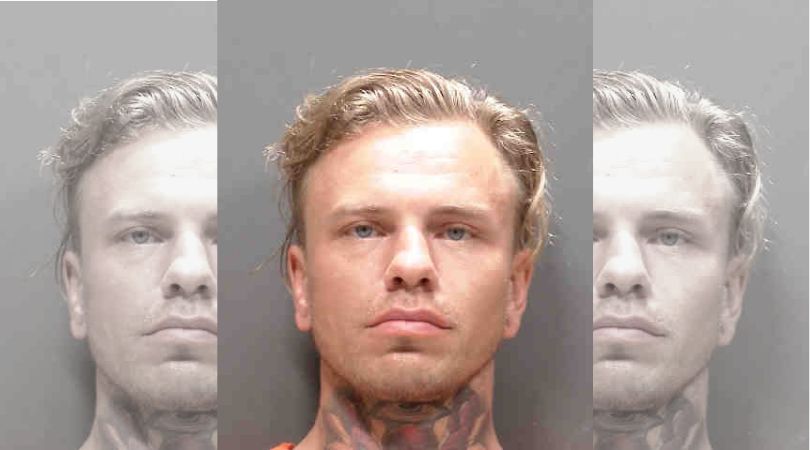 Alright, I’m just going to go ahead and say it. This is by far the weirdest and funniest thing I have read on Florida, and let me tell you, Florida has some weird ass crimes. While returning home around noon, a resident from Colesville Road in Kirkwood, received the surprise of his life: a swarm of law enforcement vehicles and a helicopter flying overhead.

The man quickly learned that the New York State Police were in the middle of a manhunt for a suspect who had originally fled the scene of a crash, while he was driving a stolen 2016 Audi A5 from Florida. Afraid to get caught, the driver crashed into a rail, basically wrecked the poor Audi, and tried to jump on the back of a van since traffic had slowed down due to the crash. The van obviously didn’t slow down, so he decided to hop into the back of a passing pickup truck instead, quickly hopping off a few minutes later and ran into a wooded area.

After hours of searching for the driver, A Duell road resident spotted 25-year-old John Mehne in his chicken coop. So natural, the man got close to Mehne and asked him to get out and demanded answers as to what he was doing. Mehne then quickly replied, “killing all the chickens” and stood up, picking up an ax and began to chase the poor homeowner around his yard.

To avoid any cops, the Florida man quickly stole an ATV from the home and fled where after a few hours, another homeowner on Springer road alerted authorities that there was a man naked in his chicken coop covered in mud. Yes, this man had a weird obsession for chicken coops or something. He was eventually found by searches a few hours later after being bitten by a Binghamton K-9 unit. He was quickly treated at a hospital for the bit and was later sent to Broome County jail.

"Police say he was acting erratic, but could not say if he was on drugs."

But, unfortunately, it doesn’t end there. In between the seven-hour manhunt, not only did the man burglarized a second Kirkwood residence but also killed their family dog in the process. So yeah, he was eventually booked on numerous charges including robbery, burglary, criminal possession of the stolen property, and aggravated cruelty to animals.

This man must have definitely been on crack because this just seems way to ridiculous. I mean, just think about it! He went from Florida to New York, jumped on a truck, jumped off, ran to a chicken coop, chased someone with an ax, ran to another chicken coop, covered himself in mud, and then killed a poor defenseless dog.

Geesh. The energy on this man is impressive and ridiculous at the same time. Hey Florida, come get your man back!