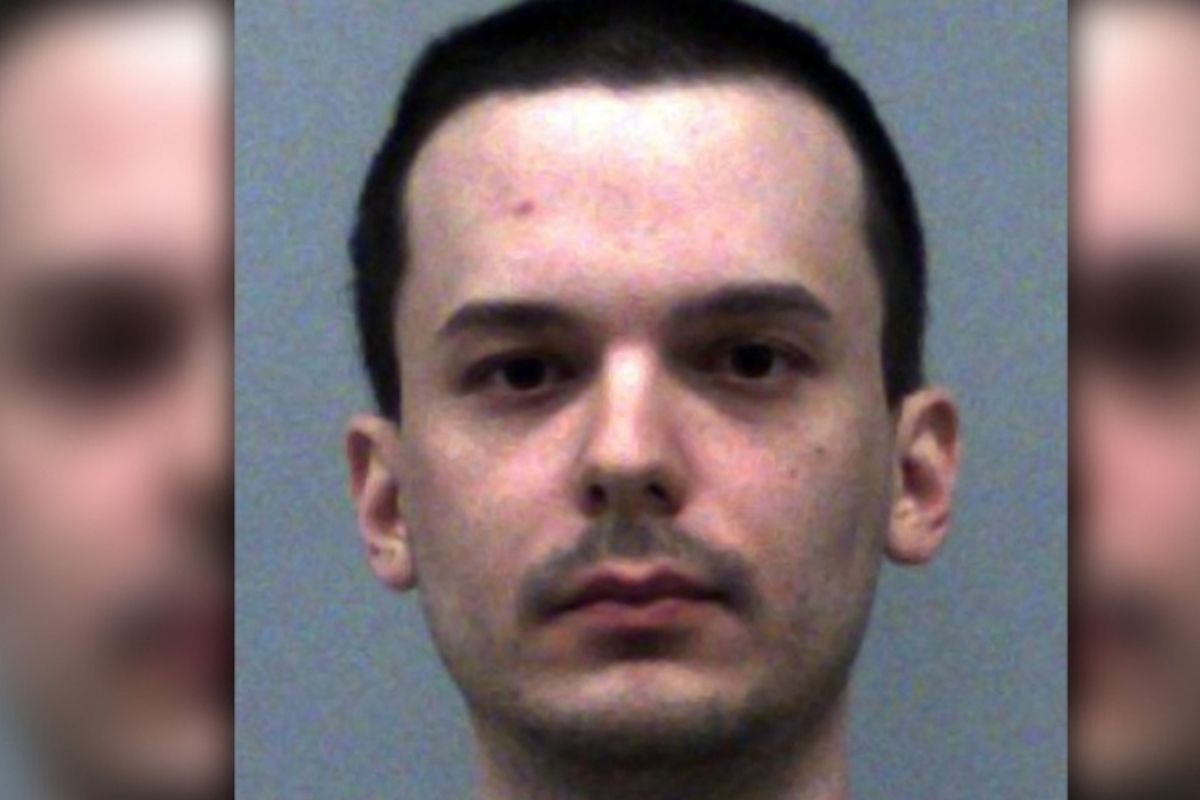 A 33-year-old Georgia man will receive no prison time after admitting to holding a teenage girl captive in a dog cage and forcing her to have sex with him against her will for a year. Yes, Michael Wysolovski pleaded guilty to first-degree cruelty to children and interstate interference with custody. He was sentenced to 10 years in prison, but will not serve any time.

The judge, who I am convinced had a stroke while in court, said that since he had already served eight months in a detention center prior to his sentencing, he didn’t need to see the inside of a prison cell anymore. All he had to do was register for the sex offender database for life. Yes, Gwinnett County Superior Court Judge Timothy Hamil let this man free, despite him pleading guilty to all of these horrible and unthinkable crimes.

Michael Wysolovski will be doing NO JAILTIME after keeping a 16 y old anorexic girl captive as a sex slave, punishing her with food, telling her no one would love her if she gained weight, kept her in a dog cage, and raped her. She was found malnourished with ring worms. 😡😡😡 pic.twitter.com/msx4MAsj3N

Wysolovski initially met the teenager when she was 15 in an online anorexia forum, where she had expressed her unhappiness with life and her desire to run away from home. The two corresponded for a year until he convinced her to run away with him. Wysolovski traveled to her hometown of Charlotte, North Carolina to pick her up and bring her back to his home in Duluth, a suburb of Georgia Atlanta. The girl was 16 at the time of disappearance, which is the official age of consent in Georgia, so Wysolovski was not charged with child molestation at the time of his arrest.

According to court reports, FBI agents found an extremely malnourished 17-year-old girl, who had been missing for over a year, and was trapped in a dog cage, which lead her to develop ringworms and back problems. The girl told the court that Wysolovski had submitted her to water torture, which led her to develop an irrational fear of showers and baths. He also caused severe psychological damage by using her eating disorder against her and severely restricting her food intake, told her how many calories she was allowed to consume and repeatedly told her that no one “would ever love her again if she gained any weight”, ruining her self-esteem.

As part of the 10-year plea deal, Wysolovski will have to abide by more than a dozen conditions, including a lack of contact with anyone under the age of 18, random searches of his electronics and no possession of pornography.

33 year-old Michael Wysolovski kidnapped a teen, raped & held her captive inside of a dog cage for more than a year.

She was tortured & found malnourished with ringworms.

HE’S GETTING NO PRISON TIME.

This is what a justice system that doesn’t value women’s bodies looks like. https://t.co/mb72P4a86W

Wesolovski is the second man in a span of a month who received a relatively light sentence following allegations of sexual assault. Shane Piche, a 26-year-old bus driver from New York, was also spared jail time. Unlike Wysolovski, Piche did not have to register for an online sex offender database, despite raping a 14-year-old girl.

This article was originally published on May 3, 2019.