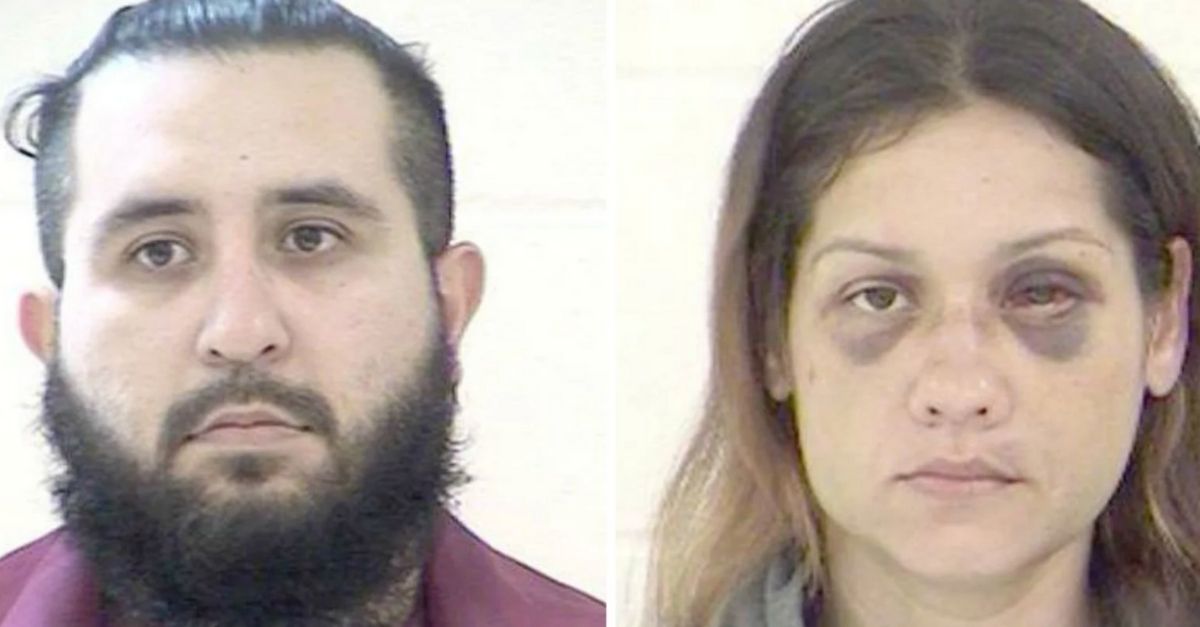 Am I just trying to make baseless associations or is this crime just gruesomely appropriate since Halloween is coming up? I can’t imagine the horror that this woman went through, but you know these kinds of crimes always start with a love affair. And for Britany Barron’s situation, wiser ones know that there are always other sides of the story besides the one that is told.

Britany’s husband, Armando Barron, found out about his wife’s lover, Jonathan Amerault, when he went through her phone. Britany and Amerault were co-workers at Teleflex Medical OEM, a medical supply company in Jaffrey, New Hampshire, and were having an affair as told by the conversations on Britany’s cell phone. Nevertheless, 25-year-old Amerault, originally from Keene, was found decapitated in the New Hampshire woods, according to Attorney General Gordon J. MacDonald and New Hampshire State Police Colonel Nathan A. Noyes.

It all started when Brittany got arrested after wildlife conservation officers told her that she couldn’t camp at a remote campsite near Errol where Amerault’s body was buried. She told the officers, “I’m in big trouble,” and that’s when things got sticky. They soon found Amerault’s car, an abandoned Subaru, covered with sticks and a tarp. They then found his headless body wrapped up in a nearby brook.

According to the arrest warrant affidavit, Armando had beat her when he found out about her affair with Amerault, sticking a gun in her mouth and strangling her on their bed. Armando then used his wife’s phone to text Amerault, pretending to be her as he lured him Annette Wayside Park in the city of Rindge. And that’s where Armando beat Amerault and then demanded Britany shoot him.

Although Britany could not “place her finger on the trigger,” Armando ended up fatally shooting Amerault three times in Amerault’s own car. They took separate vehicles to the campsite, where Armando allegedly told Britany that “once the sun came up the next morning he would forgive her.”

Armando then allegedly demanded that Britany behead Jonathan so that he couldn’t be identified by dental records, to which Britany did agree. But when the New Hampshire man learned that police officers was looking for him and his wife, Armando went back home while leaving Britney to bury Amerault’s body.

Amerault’s head? It was found in a different location.

Armando now has a capital murder charge for “knowingly causing the death of Jonathan Amerault by shooting him while engaged in the commission of a kidnapping,” and also with domestic violence, strangling and threatening to use a deadly weapon “for the purpose of placing his wife, Britany Barron, in fear of imminent bodily injury.”

Britany was also charged with three counts of falsifying evidence in conjunction with Amerault’s killing, and the couple is being held without bond. Britany’s attorney, Richard Guerriero, defends that she acted “under duress,” according to the New Hampshire Union Leader report.

Watch: This Three-Pound Cinnamon Roll is the Size of Your Head