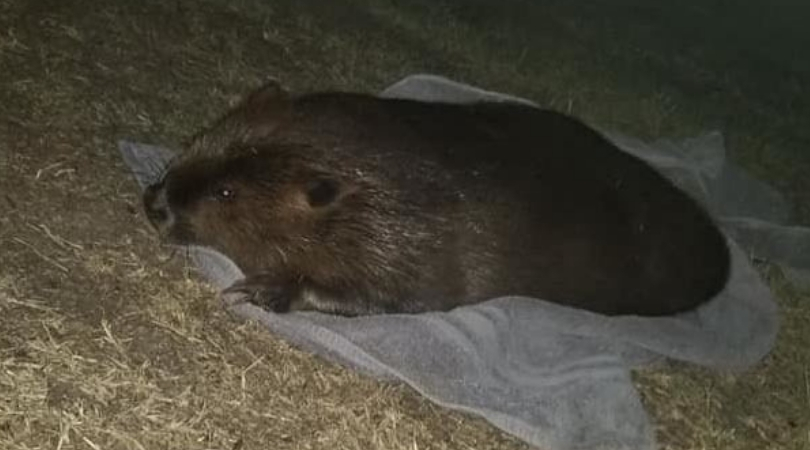 Some people are just plain sick. It amazes me how crazy this world has become, especially when it comes to people and their dumb senseless crimes. Like this one. Apparently, authorities didn’t think this man’s crimes were harsh enough, despite sexually assaulting a dying beaver!

According to authorities, the incident occurred on September 2018, near Columbia Park in Washington. 35-year-old Richard Delp was arrested on charges for felony animal cruelty and possession of methamphetamine. A woman reported Delp after seeing him lying down on the street on top of the injured beaver, with this pants undone.

The woman said the beaver had been run over by a car earlier but was still breathing. She left to grab supplies to help the animal, but when she returned, she found Delp with the animal. It is unknown if the beaver died before or after Delp sexually assaulted it. She immediately called 911, and Delp was arrested and held at Benton County jail without bail.

After his arrest, Delp reportedly admitted to his crime, confessing he was indeed committing a sex act with the animal at the time. During court, Delp’s lawyer requested a mental health evaluation, which was conducted by Eastern State Hospital in Medical Lake.

This week, Benton County Prosecutor Craig Swenson confirmed that Delp, based on the results of his evaluation, is “incompetent to stand trial” and is not likely to be restored to competency through treatment. Swenson stated, “Because of these facts the State is dismissing our charges without prejudice against Mr. Delp and authorizing Eastern State Hospital to evaluate him for civil commitment.”

Delp will remain in the Eastern State Hospital until medical staff determines he doesn’t suffer from mental disorder and there is not a substantial likelihood that he will commit a similar crime. So, my question here is, are we just going to forget about the meth possession charges as well?