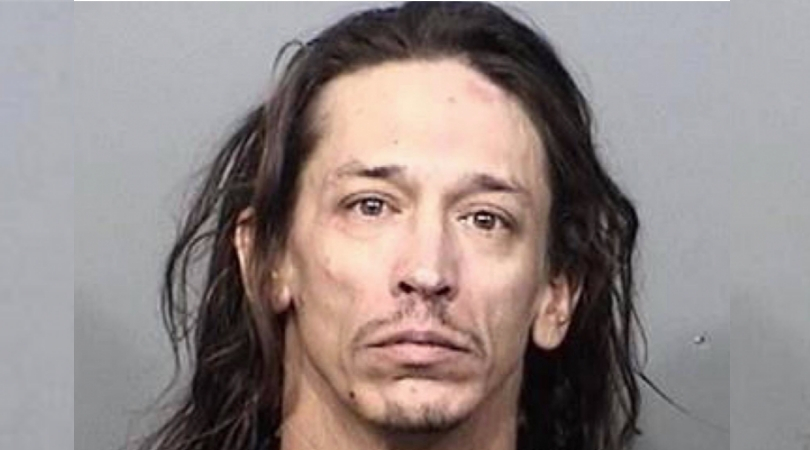 Florida, Florida, Florida, you are really pushing my buttons here. Turns out one of your own is a terrible terrible human because well, he used a child as a human shield during a standoff with sheriff’s deputies. Yes, garbage. Throw this whole man away.

The Florida man, who has a lengthy criminal history was quickly arrested and taken into custody on charges including child abuse, false imprisonment, and resisting arrest. 39-year-old Lawrence Kiehart was detained after Brevard County police responded to an alleged violation of a no-contact order at a residence in Titusville. The “situation” had escalated after Kiehart was spotted outside the house, which belonged to a friend.

After deputies saw the man at the residence with a woman and a young child, he quickly took the kid and fled into the residence, entering the attic of an unfinished garage. Deputies chased the man, but he refused to exit the room. Police said he exposed the child to excessive heat, and “nails that protruded from the ceiling, walls, and floors.”

Police officers attempted to negotiate with the man, asking him to release the child and surrender. Unfortunately, he refused, staying inside the unfinished attic for four hours. When a K-9 deputies unit arrived, Kiehart used the toddler as a literal shield from law enforcement. The local sheriff confirmed that Kiehart had attempted to use the child in his negotiation to avoid arrest. He was obviously apprehended without further incident after a courageous SWAT team stormed inside the home.

The child’s age was not released, but it was confirmed as under 13. Police say the child was medically cleared and released to his mother. Kiehart was taken to the Brevard County Jail and is being held in lieu of a $266,000 bond. He is facing charges of False Imprisonment of a Child, Child Abuse, Resisting an Officer Without Violence, Violation of Conditions of Pretrial Release and Tampering with a Witness. He also faces two misdemeanor counts of Violation Conditional release.

Not surprising at all, Kiehart’s arrest history goes back to 2010. On August 2, he was charged with battery domestic violence and resisting an officer, he was charged with aggravated stalking. The restraining order against Kiehart came after he was released from jail on August 4, and started texting a woman a million times. Okay maybe not a million times, but he contacted her 39 times between August 4 and August 12. I am over this man.