Mannequin heads crammed with $75,000 worth of this major no-no has him in deep trouble 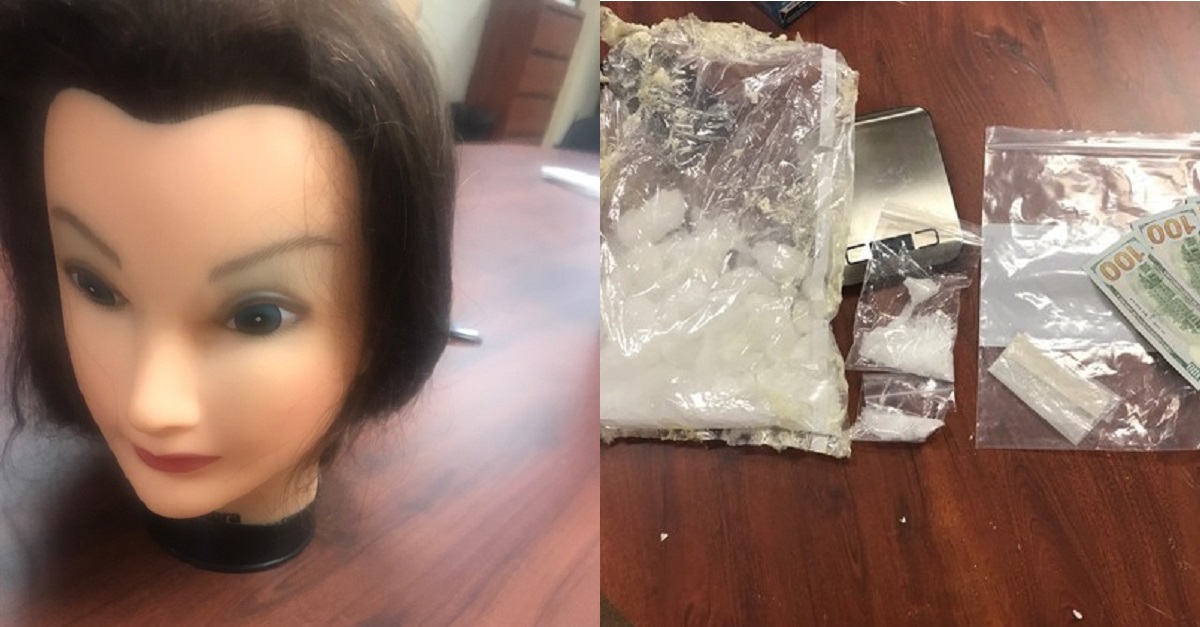 RELATED: It’s the speed, not the speeding, that could get this woman 20 years in a federal prison

Davis would receive mannequin heads stuffed with meth in gift-wrapped boxes shipped overnight from an address in Southern California, according to the Indianapolis Star. The drugs have a reported street value of about $75,000.

Davis, 44, was arrested in August, too, allegedly found with “over 300 grams of methamphetamine, $15,000 cash, packaging material, smoking devices, needles, and 26 firearms,” according to FOX59. Two of those firearms recovered from Davis’ possession were reported stolen.