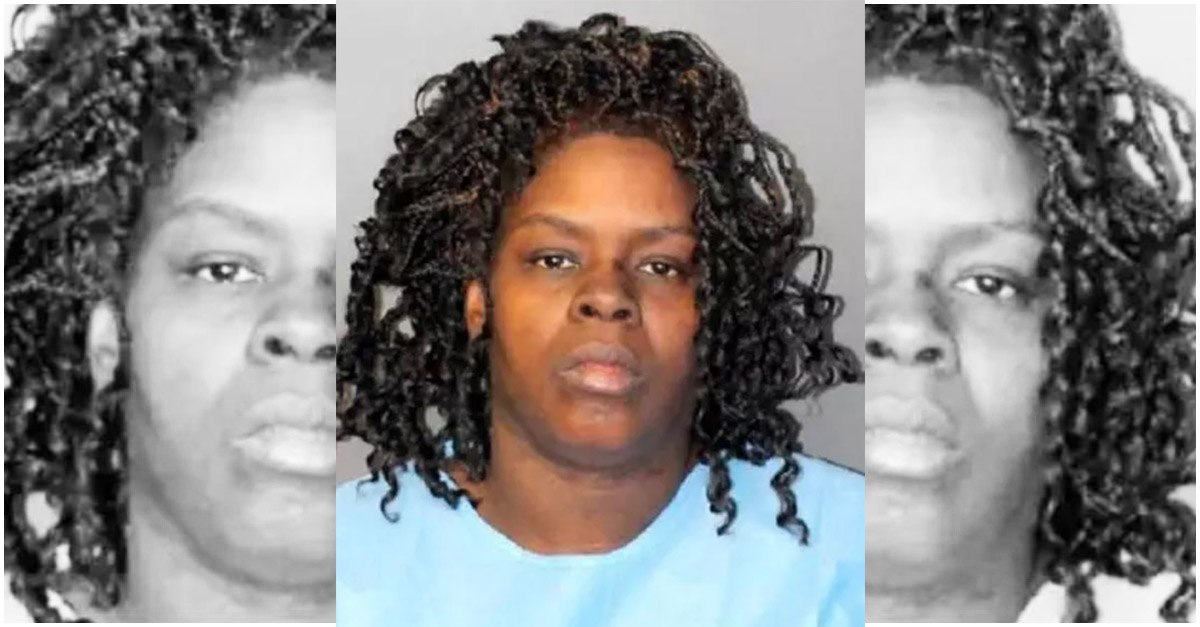 Prosecutors in Brockton, Massachusetts are beginning the state’s case against Latarsha Sanders, who allegedly murdered her two sons in what police say was a “ritualistic incident.”

On Monday, a neighbor called 911 and police responded to Sanders’ third-floor apartment. When they arrived, officers say that she was “distraught and combative.” Court documents obtained by CBS Boston noted that the family members told investigators that Sanders is a Voodoo practitioner.

In a Monday press conference, Plymouth County District Attorney Timothy Cruz said Sanders “made statements that can be construed as admissions to this crime.” He continued, “all crime scenes are grisly, but these victims were innocent children. This was a gruesome, disturbing and, most of all, heartbreaking crime.” Cruz noted that police believe the children (who were 5 and 8 years old) were dead for 48 hours before authorities arrived.

Latarsha Sanders, 43, faces two counts of murder after her two children were found stabbed to death in Brockton. https://t.co/4j0XUeAg48 pic.twitter.com/XK7EExIaL3

After the arraignment on Tuesday, Cruz told reporters “we believe, based upon her comments, that she was involved in some sort of rituals that she believed in,” he added, “we don’t have a lot of clarity to a lot of the things that she was saying at this point,” according to The Boston Globe.

The D.S. also said “Sanders allegedly cleaned up the children, placed them in beds, and mopped up the crime scene. She never sought medical attention for the boys. State Police located a kitchen knife left in the sink that is believed to be the murder weapon.” The 8-year-old child was stabbed an estimated 50 times.

Sanders initially told investigators that her 16-year-old daughter was responsible for the murders before changing her story. She allegedly told police that she decided to perform a “ritual” on the older boy and attacked him first. But she later believed that the ritual failed and killed the second child. She says that the murders happened on Saturday. Her mother described Sanders as “mentally unstable and crazy,” telling police that she was “obsessed wit the Illuminati” and that she talked about killing one of her sons as recently as Friday, per The Boston Globe.

Sanders pleaded not guilty to two counts of murder and the judge ordered her to be held without bail.

The Brockton murder is the second voodoo-related incident in Massachusetts this month. Last week, two women in East Bridgewater, Massachusetts were arrested after they allegedly performed a voodoo ritual on a 5-year-old girl who will be scarred for the rest of her life. An officer with the East Bridgewater Police Department said that the women believed that evil spirits were possessing the victim.

Voodoo is an obscure religion with roots in Haiti and Caribbean nations. Though it’s a bit difficult to understand the key tenets of the religion, many Christians consider it something akin to devil-worship. Preacher Pat Robertson, who founded the Christian Broadcasting Network, even went so far as to blame the devastating earthquakes in Haiti on the island’s history of voodoo and called the practice “a pact with the devil.” The Boston Globe noted that voodoo practitioners told them “the religion does not condone violence.”