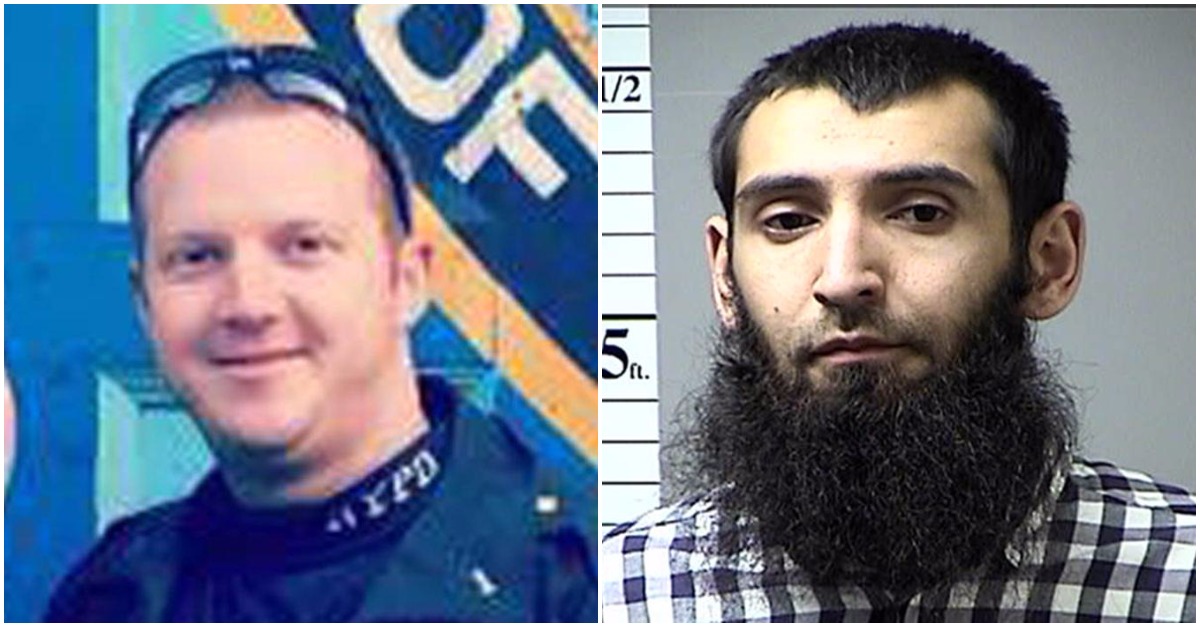 The young officer who took down Tuesday’s terror suspect in Manhattan has been identified as 28-year-old Ryan Nash. He was responding to a report of a suicidal 17-year-old girl when he found himself in a situation that he’ll undoubtedly remember for the rest of his life.

He was at the high school where the girl was located when the call came in that a nearby truck was on a murderous rampage. At the scene, he encountered the suspected terrorist — now identified as 29-year-old Sayfullo Saipov –armed with two guns. Saipov didn’t comply with the orders to drop his weapons, so Nash put a bullet in his abdomen.

Later, police discovered that the two firearms were essentially harmless, a pellet gun and a paintball gun. Nash has been with the New York Police Department since 2012, the New York Daily News reports. Nash is a native of Suffolk County on Long Island.

The young officer is a 2007 graduate of Patchogue-Medford High School where he was on the school’s track team —an old racing form shows his 5k time as 18 minutes and 27 seconds. CBS reports that Nash was taken to the hospital for ringing ears but that he was otherwise unhurt.

RELATED: This singer says his dog may have saved him from the New York City attack ? ?I?m shaking?

Saipov killed eight people in his rampage, and after he was shot, he was rushed to the hospital where he underwent surgery but is expected to survive. In the truck that he drove into the crowd of people, he allegedly left a note pledging allegiance to ISIS, Newsday reports.