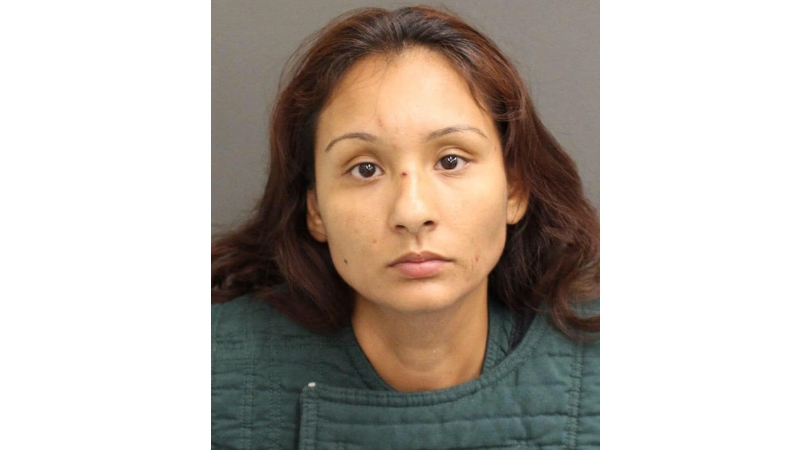 A 28-year-old mother was arrested for tragically stabbing her 11-year-old daughter, Aleyda Rivera, to “keep her from having sex.” According to authorities, Rosa Rivera drove for several hours with Aleyda in the passenger seat, until stopping at Winnie Palmer Hospital. Rivera went inside asking medical staff to help her daughter, who was bleeding severely. She was immediately detained by hospital security after showing off a purple handled pocket knife that was soaked in blood.

When asked why she stabbed the girl, Rivera said she thought the child was having sex with a man because she “smiled differently”. The girl had a total of 15 stab wounds to her back and a defensive wound to her right arm. She was pronounced dead on arrival.

According to the investigation, the mother went to a home early in the morning, where witnesses saw Rivera pounding on the door. When a man answered the door, Rivera began to yell at him, accusing him of having sex with her daughter. The child immediately denied having sex with anyone.

@OrangeCoSheriff @SheriffMina says 28yo Rosa Rivera stabbed her 11yo daughter Aleyda and then drove around for several hours with her body before going to Winnie Palmer Hospital. https://t.co/INsSNCfj7E@MyNews13 pic.twitter.com/smf9rhYQke

Not believing the child’s story, the mother began to stab the girl while in the car, and “attempted to make her more comfortable” to avoid any pain. At first, the Florida mother denied stabbing the girl but eventually admitted to the killing, saying she believed she was now in heaven.

Despite her accusations, Rivera stated she never saw her daughter having sex, nor did she tell her she was having sex but knew she was different because of her smile. The mother is facing a first-degree murder charge and is being held without bail in the Orange County Jail.

Florida, oh Florida, you keep breaking my heart. This is a mother, who shouldn’t even be a mother in the first place, clearly has some sort of issues. Cases like these are truly devastating, especially when the children can’t fight back. Someone check this woman’s alcohol and drug consumption because it has to be the only excuse for her actions.